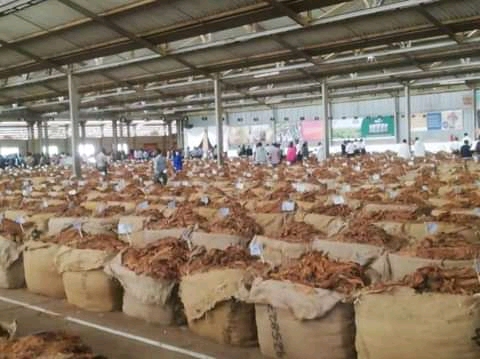 The Commissionn says Chinkhoma will open on 22nd April, Limbe 27th April while Mzuzu Auction Floors will be on 4th May,2020 with bookings for Tobacco deliveries to the selling floors to be made through the Commission.

This is contained in a statement signed by its Chief Executive Officer, Kayisi Sadala dated 6th April, 2020 saying the Tobacco market selling season season will be open in pursuant to President Peter Mutharika’s directive that Tobacco markets be opened in order to protect growers.

In the statement, the Commission says tobacco industry stakeholders have been conducting several meetings and consulting health experts on how it can effectively run the markets in the midst of COVID-19 pandemic to ensure that ultimate grower who invested in producing tobacco sells the product and is economically empowered for the good of his/ her health.

“Some tobacco sales shall be conducted in shifts with maximum of three sales per floor including Auction sells with growers to access sales information through AHL tobacco sales 252 platform,” reads a statement in part.

A statement says Auction sale bales will be laid of 0.60 metres to provide adequate social distance for buyers and selling team on the buying line and no relay of tobacco bales to avoid congesting the selling floors.

The Commission says to compensate for the lost number of bales which would have been re- laid, SATURDAY CONTACT SALES will be conducted for willing tobacco buying companies.