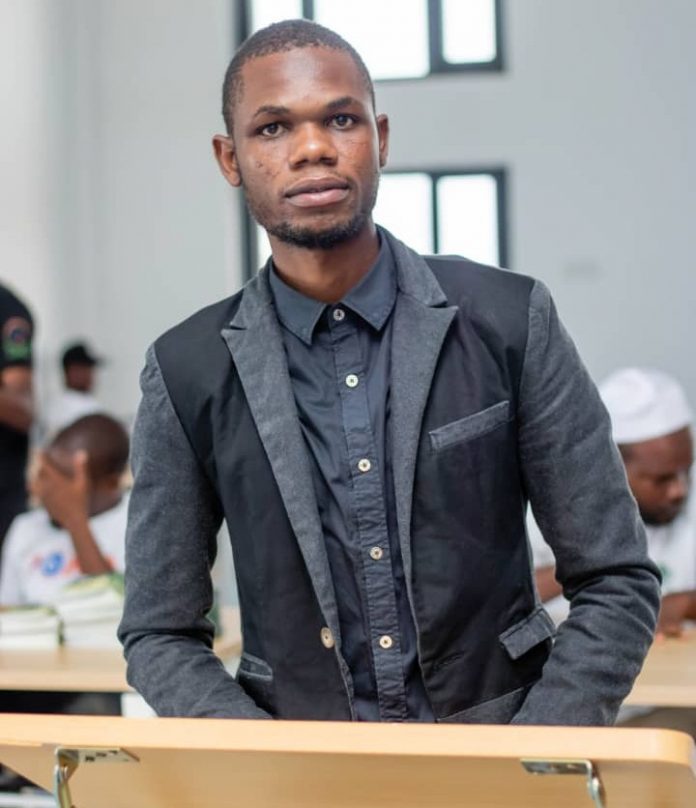 The newly elected Chairman of National Muslim Students Association (NAMSA), Abdoullah Matrood Chapola says he is ready to save the association from collapsing during his term in office.

Chapola,a fourth year student of Bachelor of Science in Quantity Surveying at the University of Malawi, the Polytechnic says he is planning to give the organization what was lacking in the immediate past leadership that has voluntarily resigned due to their incompetency.

“The Executive of NAMSA had a meeting on 23 rd August,2020 in which they wanted to review where and why the association is failing. It was established that the executive was failing because of three key positions and they all accepted it and they tendered in an informal resignation which prompted the executive to vote who will have to carry NAMSA forward for the remaining Months,”

“My mission for NAMSA is strictly to do with policy issues. Letting Muslim students shine through whatever platform that might be there. I will try to put in ways to motivate students like presenting awards to students and those who have done commendable tasks, (example when NAMSA south went at Malawi University of Science and Technology, we gave out a certificate and other prizes to the lady called Firdouse Bakili,” he told Malawi Muslim Website.

The new NAMSA Chairman says he will be championing massive fundraising activities that will boost NAMSA’s financial capability.

“If Possible, NAMSA should have a life time investment in which we will be generating money for our operations not asking for donors to always support us,”

“The last but the most important plan is to have inter-institutional programmes that will help in enforcing unity among Muslim students in the country,” Chapola told Malawi Muslim Website.

Chapola will be in office until February, 2021.