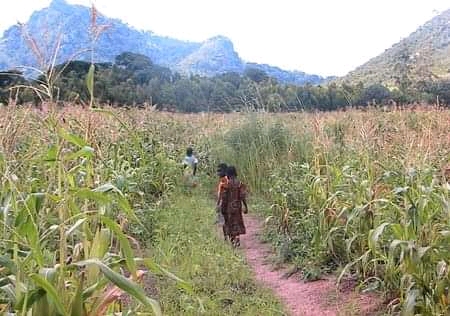 The Ministry of Agriculture Irrigation and Water Development says the First Round of Agricultural production survey has established that there is an increase in Cereal, Legumes, Roots, Livestock and Fish production.

It says the increase is being attributed to favourable weather conditions and increased uptake of inputs by farmers.

This is contained in a statement released by the Ministry on the production estimates for the nation.

In a statement, the ministry says Rice production has increased by 9.8 percent, millet 8.9 percent, and sorghum at 3 percent saying all this is due to availability of seed, increased wetlands and government and other stakeholder programmes.

A statement says Legumes like ground nuts, Soya, Pigeon peas and Beans has also seen an increase in production of about 9.15 percent on average, Cotton has increased from 25,331 Metric tonnes in 2019/2020 growing season representing 106.8 percent.

It says there is an increase on Roots and Tubers, Bananas at 5.9 percent, potatoes at 19.4, Cassava at 0.9 percent.

In a statement, Livestock has seen an increase in production with Cattle at 4 percent, Pigs 7.7 percent, Sheep 3.2 percent, Goats 7.5 percent , Rabbits 5.5 percent and Quails at 192.5 percent attributing the increase in births due to improved livestock management practices like good housing, feeding, breeding and disease control .

However, a statement says Fish production has seen a decrease from 202,092 Metric tonnes to 169,140 Metric tonnes representing 19.1 percent attributing the decrease to low catches, migration of fish, and severe water stress.

A statement says since November, 2019 to January, 2020, the country has received good rainfall and this is expected till March, 2020.

It says the ministry will be carrying out 2nd and Third Round of Agricultural production estimates survey in March and May,2020 and the results will be made available to all Malawians and other stakeholders saying the final estimates will determine actual production and confirm whether Malawi be food secure at both household and national levels.

A statement says in case of disasters, the ministry will revise the production estimates and update the nation accordingly.