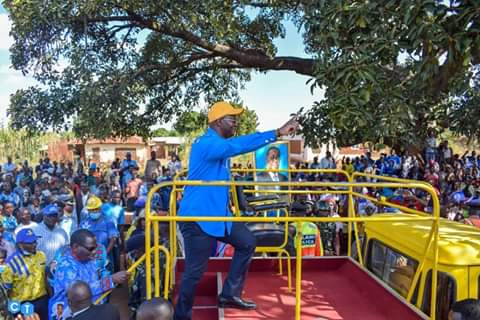 Suspected DPP-UDF Alliance supporters were reported blocking the road at Nsanama for Chilima not to pass through claiming that former President Dr Bakili Muluzi built for them whom he is allegedly been planning to kill him alongside other opposition leaders.

Sensing danger, Dr Chilima’s security details had no option but to retaliate through gun shooting and this resulted to many being injured including women and children.

According to a leaked WhatsApp conversation from a DPP- UDF forum, people of Nsanama are distancing themselves from the attack on Chilima’s convoy but those from Umbwa trading centre and have identified one person, Carrot, leading the thugs allegedly to have been sponsored by some political leaders to kill Chilima.

Atupele Muluzi has condemned these barbaric acts urging the law enforcers to arrests the culprits to face the full arm of the law.

Speaking through his spokesperson, Pililani Phiri, Dr. Chilima condemns the Machinga violence asking Tonse Alliance supporters to remain calm and not avenge what has happened to his entourage in Machinga, suspending his tour of Machinga due to the violence.