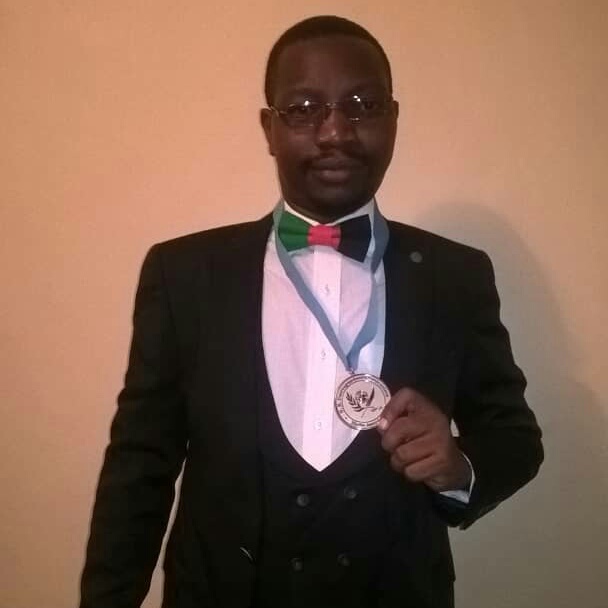 The sad events of terrorist attack at the DuisitD2 Hotel in Kenya in the past week are unfortunate. Too many people lost their lives in a senseless war with no objective other than quenching a thirst for blood under the bridle of faith.

In the aftermath of the terror attack in Kenya, a video clip purportedly aired on the SABC started making rounds on social media. In the clip, SABC in-house commentator Izak Khomo alleges that the group responsible for the attack has a recruitment cell in Southern Malawi especially among the Yao Muslims.

Unfortunately, the remarks were made with no evidence at all. As I write, I have engaged officials at the US-based Terrorism Research and Analysis Consortium (TRAC) to determine if at all there are credible findings linking Yao Muslims to terrorism in general. The TRAC US office has referred me to their South African office where they are checking their database. As soon as they revert, I will share the findings!

In the absence of any evidence to corroborate the Yao Muslim involvement in acts of terrorism as stated in the purported SABC clip, I would like to believe this was a lapse in judgement or a slip of the tongue by Mr. Khomo. This can be costly and should be avoided on matters of this magnitude.

The story I will tell below illustrates how the media and poor intelligence can create a poisonous cocktail against an innocent people and, at worst, unwittingly create monsters out of them. Fortunately, Islam practiced in Malawi emphasizes that the best jihad is that of providing correct information to preserve the religion. As I write, I consider myself to be engaging in an act of jihad. The prophet Muhammad said and I quote: “The best form of jihad is to tell a word of truth even it be to an oppressive ruler”.

After a 3-year stint at the now defunct “The Chronicle”, I found myself joining Radio Islam in early 2003. Sheikh Hubeddin Yahia Abbaker, then station manager, was responsible for my recruitment. I was aware it was going to be a challenging moment because Islam was facing a global backlash in the aftermath of the 9/11 attack in the US. After the attack, America launched a global crack down on terror in the months and years to come. The role of Radio Islam was therefore to propagate Islam and offer the unaltered version of Islam that advocates for peace and deplores the spillage of blood.

Shortly after my recruitment, I was introduced to Muhammad Sardar Issa, the director of the Islamic Zakat Fund (IZF), an organization responsible for the propagation of Islam through the media and collection of zakat and dispensing it to the needy. My longtime friend and fellow journalist, Bashir Amin worked under the direct supervision of Sheikh Sardar Issa when he was in administration. I understand their union dated back when he (Bashir) was a student at Zomba Islamic High School where the strict disciplinarian was Principal. When I felt like giving up, he would remind me of his fatherly characteristics. With time, I learnt that Sheikh Issa was charitable. He treated employees like a father would treat his kids. However, he was a perfectionist. He valued punctuality, trustworthiness and above all else adhering to tenets of Islam. In a world of imperfection, we often crossed paths!

Through the IZF, many Malawians continue to earn scholarships to study abroad and locally. I am an example of those who benefitted from the scholarship program. As I write, several hundreds are in Zanzibar, Uganda, Kenya and Turkey pursuing undergraduate or postgraduate studies.

On the morning of 23 June of 2003, I was on the opening shift at Radio Islam. I was to do a program called The Morning Diary. The guard had told us Sheikh Issa had been arrested by some white men. His office, which was next to the studios, had been searched. As the day matured, it became apparent that he had been arrested by the CIA in connection to something bordering on terrorism.

Sheikh Issah was arrested alongside four other foreign nationals, all staying in Malawi, as missionaries. They included Saudi Arabian nationals Fahd al-Bahili, then Director of the Committee of Amir Sultan ibn Abdul Aziz for Humanitarian Aid and Khalifah Abdi Hassan, an Islamic studies teacher at Assalam College in Mangochi and Turkish charity workers Arif Ulsam and Ibrahim Habbak. I personally knew all but Ulsam and Habbak.

The arrest of these people aggravated tension among young people who were finding solace in their work. Muslim youths took to the streets, especially in the Yao belt. However, Muslim scholars and other notable figures moved in to quell the simmering rage. I was there and I witnessed it. I felt the pain of losing a boss and a spiritual guide (he was strict on 5 daily prayers!). The thought that I might have been working with a bomb making terrorist masquerading as a pious man that I knew him to be was also distressing.

It was later to be established that after the 5 terror suspects were captured in Malawi, they were kept at various US intelligence outposts until they were incarcerated at the US Naval Base in Guantanamo Bay in Cuba. This was not said officially but through reports of global human rights organisations.

Despite the noise in the media marrying acts of terror with the religion of Islam in Malawi, it later transpired that the suspects were mere victims of flawed intel. Sheikh Issah and his 4 colleagues were victims of “extra-judicial kidnappings and extraditions”.

Why am I even saying extrajudicial? Well, the defense lawyer for the accused Shabir Latif took the matter before the High Court in Blantyre. It was decided that the suspects be arraigned but before it happened, they were extradited. This court decision was undermined and they were taken away, nonetheless! We, journalists, engaged Professor Edge Kanyongolo who also labelled the extradition as extra-judicial.

The accused were released after three months. They were absolved of wrong doing. They were not terrorists but mere suspects. They had not been involved in any acts of terrorism other than educating and providing employment to young people like myself. Or feeding the hungry. However, the damage was already done. The Saudi’s pulled the Prince Sultan funding, for example. Religious animosity emerged and Mangochi Muslims targeted Christian infrastructure causing damage on the rampage. The parody “terrorists” were honing skills. Luckily, stability was restored sooner.

Accusations of religious terrorism need proper evidence and intelligence gathering before being made public. Furthermore, the most credible source of information on terrorism are state agencies, not some opinionated analyst on TV. Otherwise, careless outbursts can cause more damage than we can ever imagine.

We, Yao Muslims, live harmoniously with other peoples. Actually, some of the Yao Catholics and protestants are our brothers. I need not say more because it was evident at the recent launch of Chiwanja cha a Yao where Malawi’s President Peter Mutharika was in attendance.

As I conclude, I wish to draw you to one of inspiring teachings of the Prophet Muhammad. One day as he gathered with his disciples in a Mosque, a man from a different faith came. He started to urinate. The disciples stood and wanted to charge towards the man. The prophet ordered that he should not be disturbed. After he was done urinating, the prophet only told him it was wrong to urinate in a place of worship. He then ordered one of his disciples to clean up the man’s mess.

The morality of the story is that even when some stories or actions are fabricated out of malice or sheer ignorance, we should remain calm and focus on providing correct information. With correct information, perhaps people may begin to stop believing stories based on entrenched stereotypes and start to demand concrete evidence.