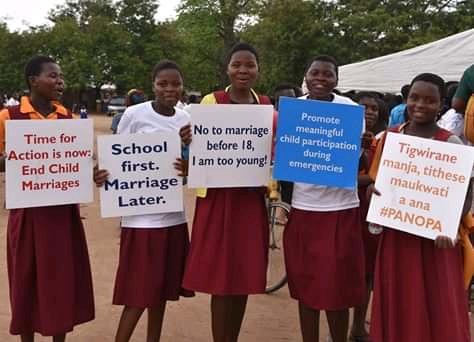 Government has set aside measures to ensure the protection and development of children in the country.

In a statement, president Peter Mutharika has described the commemoration of the day as a time that as a society need to reflect on how to protect, develop and live with children.

Among the measures that government will continue to formulate and enforce responsive policies and pieces of legislation that actively promote children’s rights and ensure that those violating children’s rights are punished according to the law.

“Government will also increase the allocation of resources meant for the provision of quality health and education for children,” reads a statement.

Mutharika has pledged his government’s commitment to increase children’s participation in decision making processes at various levels including the children’s parliament at district level.

Government has also pledged the implementation of mass birth registration by 2021.

The sixth measure that Government has committed to put in place is the integration of more children from child care institutions to their families or relations where government will continue supporting vulnerable families for them to be able to provide adequate care for the children.

The 30th Anniversary of implementing the United Nations Convention on the Rights of the Child will be commemorated on the 20th of November.