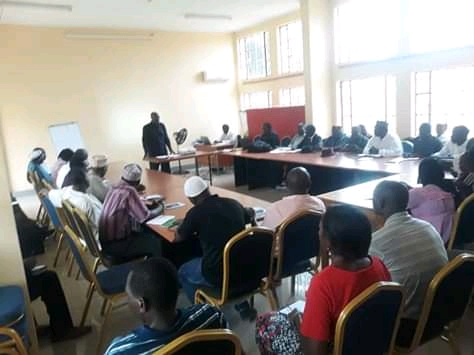 NICE Trust has asked Muslims and Christians in the country to continue living peacefully despite their different religious beliefs.

NICE Trust Executive Director Ollen Mwalubunju made the remarks on Tuesday when he opened a training on peace-building as Malawi awaits for the determination from the Constitutional Court on the presidential election case in Mangochi district.

Recently, squabbles among Muslims and Christians sparked in Balaka district over Hijaab.

Anglican christians in the district were disallowing Muslim girls to wear Hijaab at M’manga schools.

The incident brought chaos among Muslims and Anglican christians that led to damage of mosques and churches in the area.

Various stakeholders such as United Nations and Muslim Association of Malawi had released statements condemning the strange behaviour of the Anglican christians because freedom of education and freedom religion are fundamental human rights.

In September, Muslims in Mangochi district also went on rampage damaging bottle stores that were operating illegally in the district.

According to Muslims in the district, the illegal liquor sellers were violating other people’s rights because alcohol was sold everywhere.