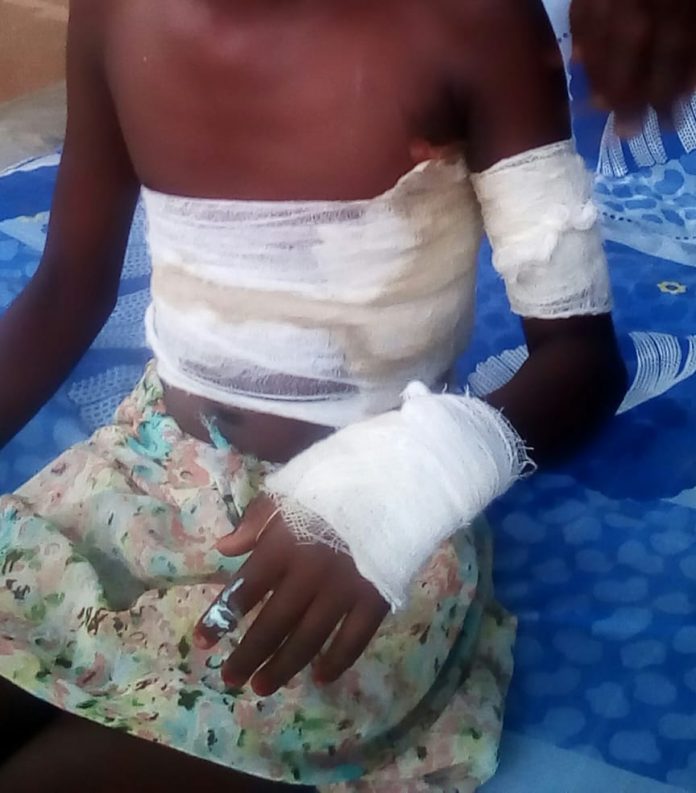 Police in Nkhotakota district have arrested Rabecca Masina, 22,for scalding her 9-year-old-daughter with hot water for going to the lake without her consent.

Nkhotakota police publicist Williams Kaponda said the daughter who was treated as an out-patient at Nkhotakota district hospital sustained wounds on her stomach and left hand.

According to Kaponda, the suspect tied her daughter’s legs and hands before committing the offence.

“Although the neighbours and other well-wishers came to her rescue after shouting for help, unfortunately, then, she was already anguishing,”

“The victim was rushed to the hospital while the matter was reported to Nkhotakota police,” he said.

According to Kaponda, on the day, the victim went to the lake with her friends which did not please her mother.

The suspect told the police that the hot water was meant to bath the victim’s younger sister.

The suspect is in cooler for causing grievous harm charge against section 238 of the penal code. She will soon appear before court of law.

The suspect Rabecca Masina hails from Phangwa village in the area of Traditional Authority Makuta in Nkhotakota district.