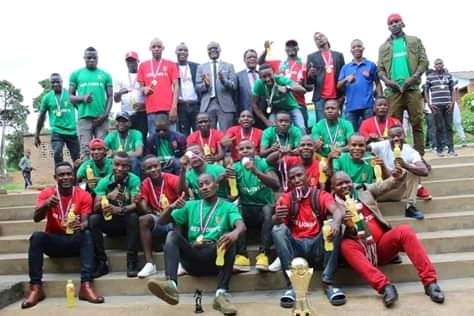 FAM Executive Committee Member Felistas Dossi said this on Wednesday afternoon during the League’s Prize presentation ceremony at the Mpira Village in Blantyre.

“SFRA was the first Regional Association to kick off their League and they finished earlier than all the other regional leagues and today we are giving out prizes to the winning teams. This is a very good gesture in football administration in Malawi knowing that football starts in the regions,” says Dossi.

SRFA Chairperson Raphael Humba thanked Rab Processors for their trust in the Association saying that they have always wanted to professionalise the region with a stable partner like Rab.

“As an Association, we assure the sponsors that we will continue to professionally administer the league,” says Humba.

In his remarks, Rab Processors Head of Sales and Marketing Douglas Mandala said the sponsors are pleased with the relationship they have had with SRFA.

“This is our first season in football and we are satisfied with the relationship that we have. We will continue with our 3 year commitment in sponsoring the SRFA League,” he says.

The company started sponsoring the SRFL early this year after committing to a three-year deal,renewable yearly, at K 14 million per year.