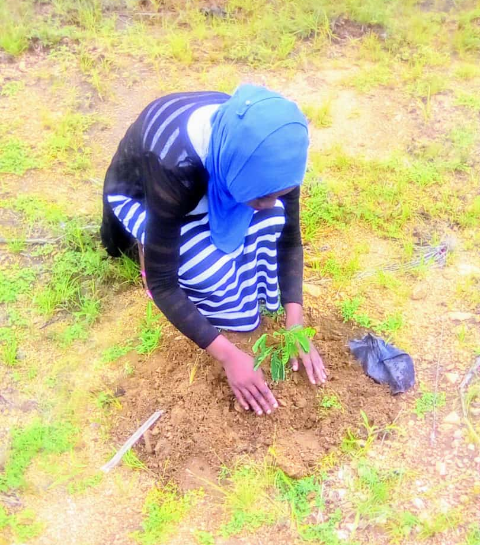 Mangochi based Maryam Girls Teachers Training College on Sunday embarked on a reafforestation drive in the district.

Some students of the Islamic college told Malawi Muslim Website that a total of 250 trees were planted.

Prisca Banda said the college dressed a hill near the college because villagers cut down trees.

“A total of 250 trees were planted. We did that to conserve the environment because villagers cut down the trees wantonly for firewood charcoal and building houses, ” she said.

“Rain formation depends on trees and it is our duty to plant trees as we can to have good rains for bumper harvests,” she said

The ministers namely, Mark Botomani of Information, Civic Education and Communications Technology, Symon Vuwa Kaunda of Lands and Urban Development, Jappie Mhango of Health and population and Ralph Jooma of Transport and Public Works encouraged Malawians to take part in this year’s tree planting season in an effort to mitigate effects of climate change.

Mhango who led the team said Malawi faces calamities such as droughts and floods largely due to manmade actions such wanton cutting down of trees.