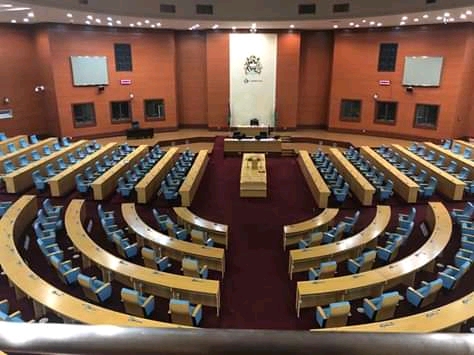 The bills are further amendments made to the Electoral Commission Act and Parliamentary and Presidential Elections Act made on 20th February, 2020.

The Bills are as follows:

a.The Chairperson of the Commission, nominated by the Judicial Service Commission shall be appointed by the President on the recommendation of the Public Appointments Committee.

b.Appointment of other members of the Commission shall be on recommendation of the Public Appointments Committee following nominations from political parties represented in Parliament.

2. Private Members Bill no. 5. Parliamentary and Presidential Elections (amendment) (no.2) of 2020

a. Holding of fresh presidential elections to be held on Tuesday, in the third week of May, 2020 (that is on 19th May this year).

b. Run off in the Presidential Election

c. The next general election, as prescribed under Section 67 (1) of the Constitution, shall be held on Tuesday, in the third week of May, 2025.