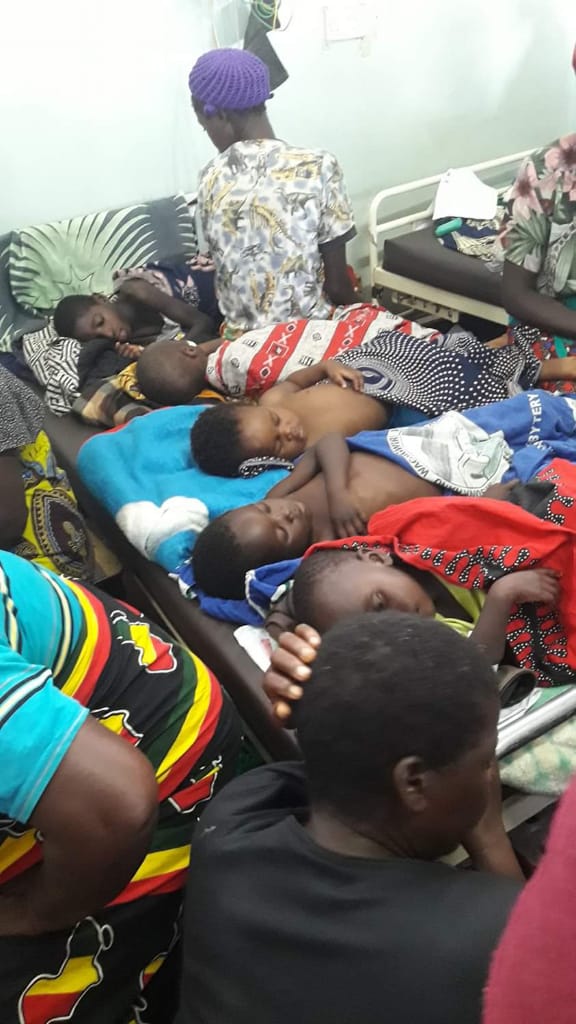 The Centre For The Future (CFF) and its justice branch, Muvi wa Chilungamo, has expressed worry with reports and pictures coming from Kamuzu Central Hospital ( KCH) in Lilongwe that seven Children are being crowded on one bed at the Under 5 Ward A and the Red zone Ward which has no electricity with bulbs not functioning for months now.

The CFF says the situation is very pathetic with the authorities running away from responsibilities and is coming at a time that Mec through Jane Ansah and President Peter Mutharika have squandered K680 million hiring South African lawyers in their appeal case which is to be heard at the Supreme court on 15th April, 2020.

The organization fears of Corona virus which is devastating countries including Malawi that lives of the people are at risk in hospitals due to overcrowding and no drugs.

While Corona virus disease is being spoken on daily life basis, the CFF is so disturbed to learn of the DPP plans from State House allegedly saying it want to plant a Chinese or someone else at the Songwe border that he has Corona virus and he moves to Kamuzu Central for quarantine in order to declare no more gatherings in Malawi including demonstrations, campaigns and polling in an attempt to block the MCP and UTM from holding their alliance.

In the video clip, the CFF describes the alleged DPP plans as satanic idea and devilish mind of President Peter Mutharika saying all are aware that countries are strategizing on the ways to control the spread but this should not be a deliberate effort to block the gatherings and campaigns so that Mutharika prolong his stay to 2024 as President of Malawi.

The CFF says it is wondering on why the whole county is blaming PP Secretary General, Hon. Ibrahim Matola after sleeping off his tongue undressing Justice Jane Ansah during the National Elections Consultative Forum (NECOF) meeting in Blantyre saying Malawians of good thinking will be behind Matola not to be blamed.

The organization says the issue is not about a woman but the character of Jane Ansah that is making men and women to sleep off their tongues for causing pains and destroying the good image of Malawi, the Warm Heart of Africa into a political environment country putting to shame the citizens for her fraudulent activities of putting a thief into power.

“Jane Ansah is supposed to be manhandled, undressed and drag into the streets, she is a devil of the nation and of present life,” reads the video clip in part.

The CFF is urging former President madam Dr. Joyce Banda who condemned in strongest terms the conduct of Hon. Matola to discipline Jane Ansah so that she step down as Mec chairperson for Malawians to respect her not as a woman but someone who has made contributions to the development of the nation.

The organization is asking Justice Dr. Jane Ansah to pray for Mutharika’s life forever so that he continues to rule Malawi to 2024 and beyond to 2084 as claimed by the DPP with a warning that as long as President Mutharika loses the fresh elections, the new government to come and tries to protect her, Malawians will find another way for her to pay for causing pains, damages and killing many people out of pushing Mutharika to power through Tippex.