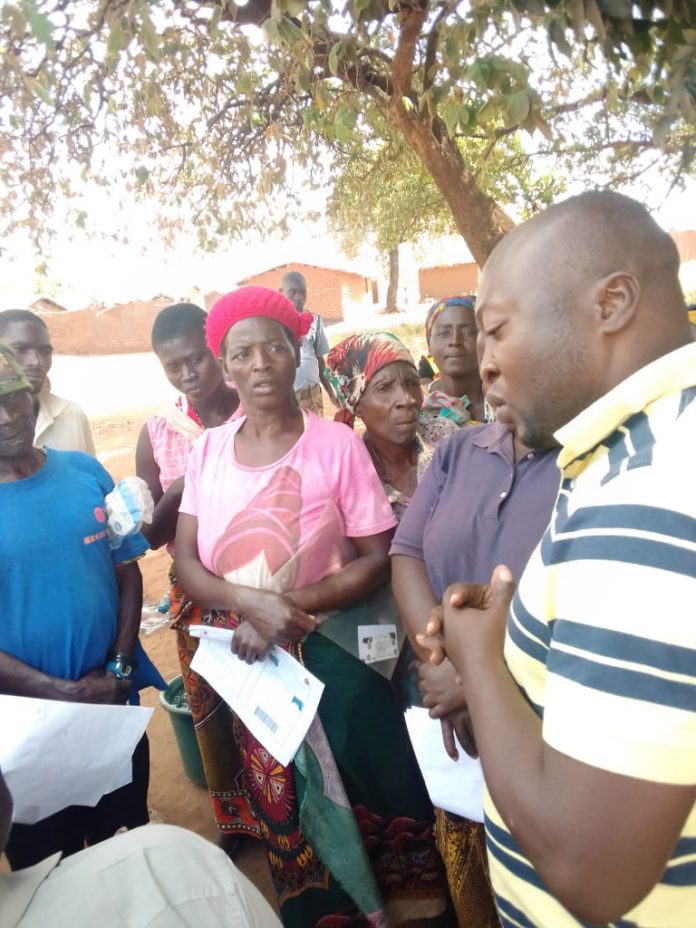 Social Cash Transfer Program( SCTP)- Mtukula Pakhomo beneficiaries in the area of Senior Chief Kayembe in Dowa district, have cried foul over their money which they receive monthly.

The money which is being received by an individual beneficiary is not matching with the previous one and this has prompted the beneficiaries suspecting the authorities to have deliberately deducted their money for unknown services.

A visit to Mtuwanjoka cluster in the area on Friday, revealed that Mrs. Agness Chilindira of Chapita village has been receiving K19,000 per month but, she has received K32,000 covering a period from March to June,2020 as shown on the signing sheet, Mr. Davite Simeon, 62, of the same village, Chapita, K16,000 every month and has received K28,800 for the same month March to June while Mr. Joseph Francisco,40, of Madzi village, K17,400 and has pocketed K25,600 covering the same period March to June, 2020.

The beneficiaries say they do not understand how the calculations have been made saying this is contrary to their expectations that they will be walking home with huge sums of money but, to their disappointments, less money.

The unhappy faces over thirty in number, posed questions after questions to the officers and eventhough they responded to the best of their knowledge , the answers could not satisfy their needs, only shaking up their heads to their disbelief.

Speaking to the unhappy beneficiaries, Principal Social Welfare Officer for Karonga District Council, Tiwonge Mbale, said he expects that change of names of beneficiaries, marriage and school drop outs could be some of the reasons contributed to the figures down as compared to what they have been receiving in the previous months.

“Every year, officials go to schools following up if children are going to school or not. Marriage, and school drop outs of chldren has also affected this change in the figures,” he said.

Mbale, who was on assisting mission to the Dowa District Council since they had already done theirs in Karonga district, pleaded with the beneficiaries not to attack their committee for the changes in the figures saying the changes did not come from them but the office.

In his remarks, Dowa District Council’s Monitoring and Evaluation Officer, Thanira Gondwe, assured the beneficiaries that all of their concerns have been taken on board and will be delivered to the rightful offices for a solution.

Gondwe, asked the beneficiary committee of the cluster to write names of all those that have been affected by the changes in the figures for presentation to the office as one and not separately.

Government is implementing Social Cash Transfer Program- Mtukula Pakhomo to help the vulnerables, the ultra- poor to be able to buy something with a little money they will be receiving for the sustainability of their basic needs.