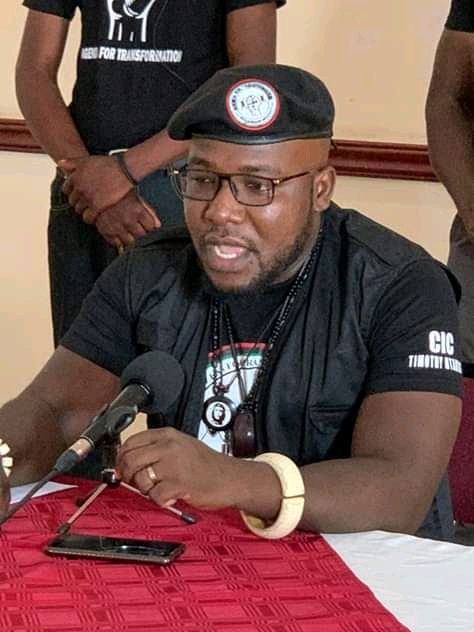 The Citizen For Transformation- (CFT) People Power Movement, is reiterating its endorsement of the coalition among the various opposition political parties fronted by the UTM- MCP irrespective of who the torchbearer will be.

The CFT says the endorsement is the committment to liberate the country from the capture of vultures, who are on a mission to establish an empire of state thieves to loot and collapse the economy and constitutional systems in the country.

The Movement says it has solid committment that the CFT is availing itself and is prepared to work hand in hand with the UTM- MCP grand alliance, and all its associated alliance partners in complementing efforts and resources in liberating the country from the DPP regime.

This is contained in a statement signed by Negracious Justin, communications and public relations officer of CFT dated 30th April, 2020.

In a statement, the CFT says on 27th April, 2020, its Commander In Chief( CIC), Timothy Pagonachi Mtambo, positively assured the call by the MCP youth wing inviting him to the studio for a solidarity effort comment.

“The said invitation was made when the CIC went for voter roll verification of his name at Lilongwe District Commissioner’s Registration centre,” reads a statement in part.

The CFT is assuring Malawians that it shall , at all times be available for any programmes, campaign interventions and door to door advocacy activities organized by the UTM- MCP alliance and its alliance partners rendering both material and technical support.

The Movement says it is their committment to this support guided and premised upon the understanding that CFT and the UTM- MCP alliance share common values of equally, inclusive economic transformation, and a fair and just Malawi for all.

The CFT finally says the UTM- MCP alliance share a common mission of confronting the current maladministration and corruption perpetrated by the DPP- led government saying its end goal is to see the DPP out of power and replace it with a competent administration that would drive the values stated above , united front against despotic regime, a regime that has replaced the rule of law with adamance and impunity.