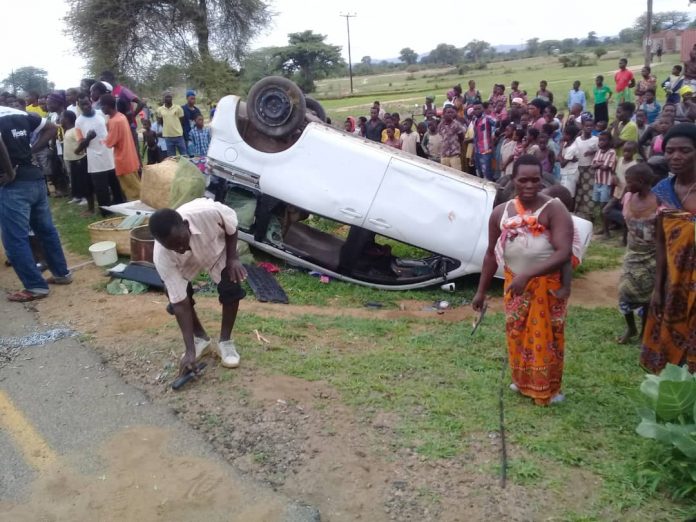 The police at Mponela in Dowa district have expressed worry over the drastic and escalating spates of road accidents in the area.

Mponela police public relations officer Kaitano Lubrino says the concern comes following the deaths of at least seven people who died in different fatal accidents in just a space of a week.

“On April 28, 2020, unknown woman who was crossing the road at Kwindanguwo village in Traditional Authority Kayembe’s area in Dowa was hit and died on the spot by a Toyota minibus registration number TO 7077,”

“Prior to the incident, a motor cyclist Langton Nkhoma, 47, who hailed from Mkhala village in the area of Traditional Authorith Chakhaza was killed after he collided with oncoming Toyota Passo Saloon registration number DA 9159 driven by MDF officer Richard Manyowa at Khafi village,” he says.

Lubrino adds that the trends are really bad and that many people are dying due to continued road accidents.
“For instance, out of 33 road accidents registered from January to April this year, about 11 lives were lost against 10 lives same period in 2019,”

“Out of the 33 cases, 20 victims were seriously injured while 34 victims escaped with various degrees of injuries in 2019 from 38 cases that were registered,” he says.

Mponela, Madisi, Mtengowanthenga Trading Centres including Mtiti Bridge has been prone to road accidents and motorists are being warned to drive with caution.

In an exclusive interview with the Station Traffic Officer (STO) inspector Harris Mbirintengerenji said most of the road accidents in the area are attributed due to over speeding.

He advised motorists to observe driving rules all the time, noting that most accidents happen during night.

“Road users should abide to all road traffic rules and regulations so that road accidents in the country are reduced,” he says.
Meanwhile police are pleading with road users to always be mindful when using roads as the death toll keeps on rising,” he says.