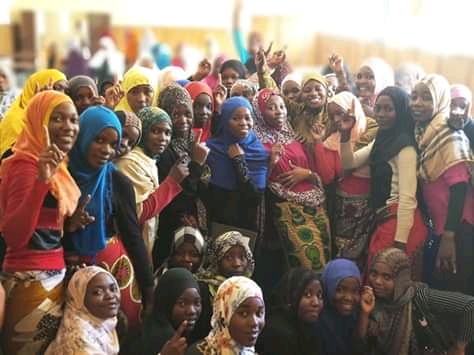 The Public Affairs Committee (PAC) has advised the Ministry of Civic Education and National Unity to speed up discussions that will allow Muslim girls wear Hijaabs in both private and public schools.

This was said by Minister of Civic Education and National Unity Timothy Mtambo after meeting PAC officials.

Some months ago, tension sparked in some parts of the country such as Balaka and Machinga districts in which Muslim’ girls were not allowed to wear Hijaabs in schools.

But Minister Mtambo said during the meeting he had with the quasi religious group , PAC raised an issue of Hijabs in public and private schools, in which Muslim girls are prohibited from wearing them.

“The Muslim community argues that wearing of hijabs is part of the Muslim culture for ladies and an inclusive society must not segregate against the culture. PAC appealed to the Ministry to be at the center stage in protecting the space for all citizens to enjoy their constitutional freedoms and rights. PAC highlighted that in order to successfully address the issue, there is need for collaboration by key stakeholders including Government,” he said.

The incident at M’manga school in Balaka district in November, 2019 sparked violence between Christian and Muslim groups that left at least two people seriously injured.

Shops, a mosque, an Anglican church and a priest’s house were also destroyed.

The Anglican Church, which runs M’manga school, had stopped students from wearing hijabs.

Torres said intolerance could “deny girls the right to learn”.