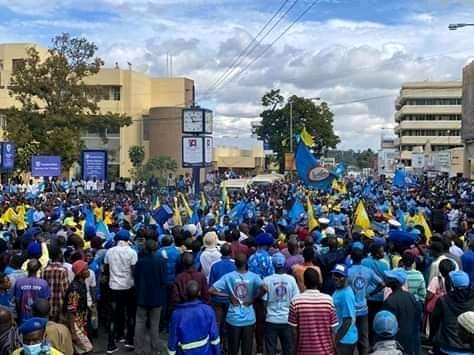 The Central Committee of the former ruling Democratic Progressive Party (DPP) sat yesterday in Mangochi district has appointed Sheikh Imran Mtenje as its interim regional government for the Eastern Region.

During the meetubg chaired by former President Peter Mutharika the party has also appointed Andrew Matemba as the interim Director of Elections following resignation of Thyolo Central Lawmaker Ben Phiri.

According to the newly appointed Interim Spokesperson Brown Mpinganjira, the Central Committee further considered the issue concerning the utterances made by the Paty’s Secretary General, Hon Gilzelder Jeffrey, in a recent radio interview.

“Cognisant of the Rules of Natural Justice the Central Committee decided to refer the matter to the Party’s Disciplinary Committee, to afford the Secretary General an opportunity to be heard, and for the Disciplinary Committee to determine whether or not the Secretary General had breached the Party’s Code of Conduct, and to recommend to the Central Committee the appropriate remedy in the event of her being found in breach,” says Mpinganjira.

Two days ago, Jeffrey was fired from as the Party Secretary General following her remarks that the party should immediately hold a convention to replace Peter Mutharika with new blood to allow the party prepare itself for the future.