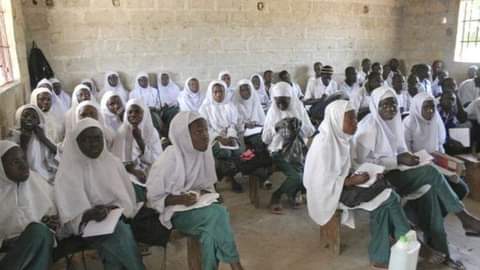 Muslim parents in Nkhotakota district say they are waiting for the resumption of Madrassah classes following Government plan to reopen schools on 7th September, 2020.

Parents in the lakeshore district say that various Islamic organisations that support Madrassahs in the country should discuss the issue with Muslim Association of Malawi (MAM) to map out the way forward.

“Madrassahs across the country were closed after Government order to close all learning institutions in the wake of COVID-19. As the same Government says the schools will resume soon, it is our hope that we shall be given a direction by Islamic organisations that support our Ustadhs (Madrassah Teachers) on the matter,” AbdulRashid Banda from Nkhotakota told Malawi Muslim Website.

Banda said Madrassahs must be reopened to allow the learners continue understanding Islam.

“It was okay to close Madrassahs because COVID-19 pandemic is a dangerous disease as of now , over 170 Malawians have succumbed to it,”

“But I think it is okay to reopen Madrassahs because the situation can also be handled the same way secular learning institutions can do,” he told Malawi Muslim Website.

Another parent, Juma Malijani says during the time most learners were reckless as they had nothing productive to do.

“During the time, the learners had nothing productive to do. Imagine no secular education and no Islamic education. It was not okay and we are looking forward to reopening of Madrassah,” Malijani told Malawi Muslim Website.

Recently, Ministry of Education, Science and Technology said schools will partially reopen on 7th September, 2020. The schools were closed in March, 2020 as a precautionary measure against novel coronavirus.

Minister of Education Agnes NyaLonje told journalists the ministry had adopted a phased approach for the re-opening of schools, priotizing with examination classes.

“The schools will reopen on Monday, September 7th .
These include: standard 8, form 4, all final year students at colleges, IPTE 14 and examination classes for schools that offer International Curriculum,” she said.

NyaLonje said colleges, universities and schools that offer International curriculum will be allowed to take the second phase of students after three weeks from the day of re-opening.

“All colleges and Universities will have to decide on which groups to go first in consultation with the Ministry since these were at different stages,” she said.

According to NyaLonje, primary, secondary and Teacher Training Colleges (TTCs) will reopen during the second phase on Monday, 12th October.