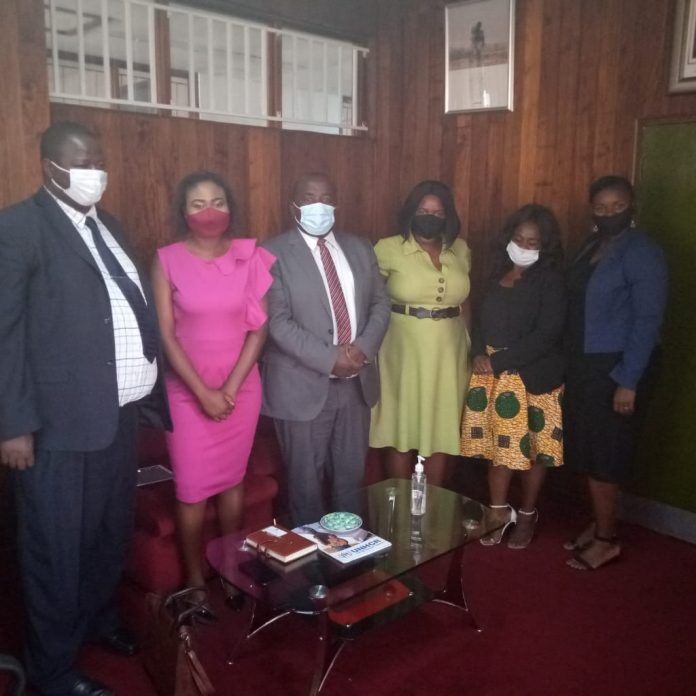 Minister of Homeland security Richard Chimwendo Banda has branded the media as critical stakeholder in the fight against Trafficking in persons.

The minister made the remarks after meeting the leadership of the newly formed Media Association Against Trafficking in Persons (MAATIP) on Tuesday in Lilongwe.

Banda expressed delight with the formation of the association, saying it will help in raising awareness on the ills of the vice which in turn would lead to reduced cases of trafficking in persons.

Banda said Trafficking in Persons remain one major cancer defeating strides being made to improve human rights in the country. Sadly, few stakeholders are coming out to offer government a hand in this fight.

The minister further said, by joining the fight against trafficking in persons, the Media has demonstrated courage and zeal to champion change through writing.

“Traffick in persons is my area of interest and I am excited that there is a group of people out there that has also shown interest in the fight, I am ready to work with the association and provide support where need be” Banda said.

Chairperson for MAATIP, Memory Chisenga said as an association they decided to work with the ministry as it is a lead ministry in the fight against trafficking in persons.

She said, the association has been formed to raise awareness on Trafficking in Persons after noting some information gaps among the citizenry on issues to do with Trafficking.

MAATIP is an association comprising of media practitioners from both electronic and print media and was formed with an aim of enhancing knowledge and capacity among members of the media on TIP issues.