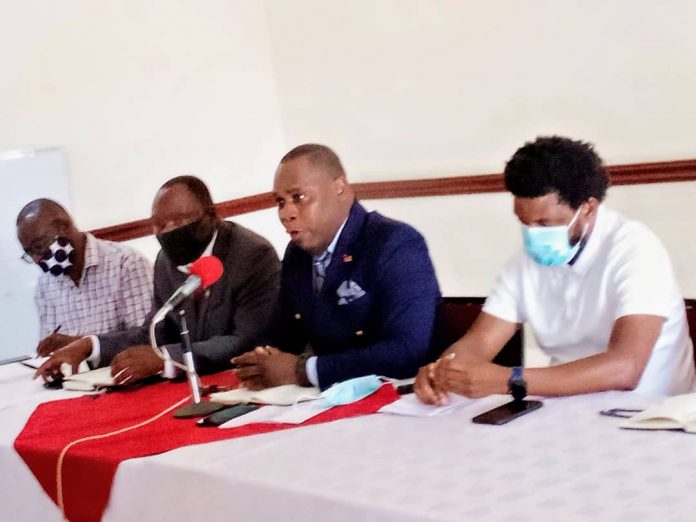 The Human Rights Defenders Coalition (HRDC) has complained that the Anti-corruption Bureau is slow on acting most cases including those reported to it before the change of government.

Speaking to members of the press on Wednesday in Lilongwe HRDC Chairperson said the Coalition is worried on how ACB is acting on cases saying they are taking longer pace in dealing with the cases submitted to it’s office and some other cases that ACB was looking into before the new government.

“As HRDC the first issue we are saying is that we have had some cases – outstanding cases that have taken long time to be completed. We are not talking about new cases that we have presented to them, we are talking about the cases before the coming of the new government. Malawians are aware that we have had cases like that of Dr Bakili Muluzi and the case of Mr Karim with the Malawi Police service. So we are raising the concerns that Malawians have, that I think the Anti-corruption Bureau has been taking long time to conclude those cases,” said Trapence.

Trapence also noted that despite having challenges, the Anti-corruption Bureau should try their best to speed up some other cases especially those that started long time ago.

“We know that might be some other challenges and that is why we have have also proposed some solutions to the delays so that Malawians can see this cases being concluded. The challenges that have been there like the challenges of resources, have been addressed by the current government and that is why we are saying we need ACB to speed up their investigations because the cases can delay if there is also delay in investigating this cases.”

The Chairperson also lamented that as the Coalition they are in support of the having special courts.

“On the issue of  having special courts we are in support of that because the cases can delay may be because the courts users are many and it is not only those people who are suspected to have swindled money or those people suspected in corruption cases. We have so many court users so may be the date that can be given to those cases might also take long and this is why we are in support of having some special courts so that they can be able to speed up some of the cases”,said Trapence.

Trapence also noted that the Coalition has received thousands of cases on corruption and has submitted the reports to Anti-corruption Bureau for action and he has since call upon all Malawians who have information about corruption in the new administration to step forward with the information to the Coalition.