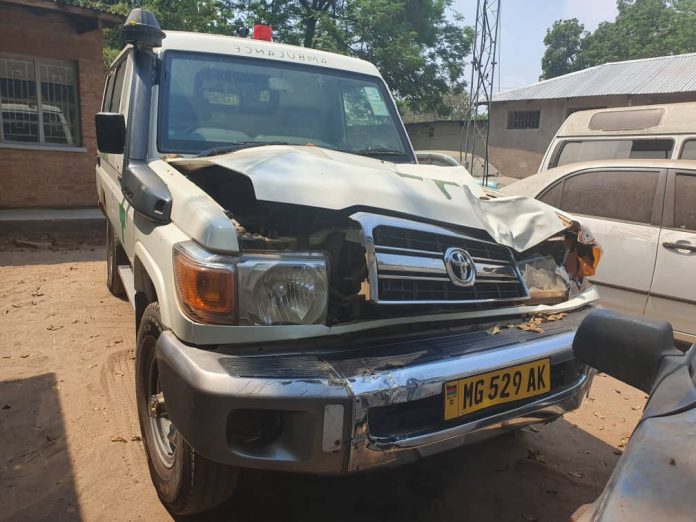 Two unknown males have died after an Ambulance hit their bicycle at M’baluku Filling Station along Bakili Muluzi Highway in Mangochi district.

Both deceased have not been identified by their relatives but are suspected to be between 40-45 years of age, according to Mangochi Police Station Deputy Public Relations Officer Amina Daudi.

According to Daudi, the tragedy happened on the evening of October 4, 2020 as the two were heading Namwera direction.

“The Toyota land cruiser Ambulance registration number MG529AK was being driven by Felix Phiri, 32 based at Makanjira Health Centre from the direction of Namwera heading Mangochi Boma without a passenger,”

“Upon arrival at M’baluku Filling Station he lost control of the Ambulance and swerved to the offside of the road where he hit the male pedal cyclist and pillion who were heading same direction,” Daudi said.

Following the impact both pedal cyclist and passenger sustained severe head injuries and fractured left arms and were pronounced dead upon arrival at Mangochi district hospital.

The dead bodies are being kept at the same hospital waiting to be identified by relatives.

Meanwhile Police have appealed to the public to contact the nearest police or visit Mangochi district hospital mortuary if anyone is missing a relative.