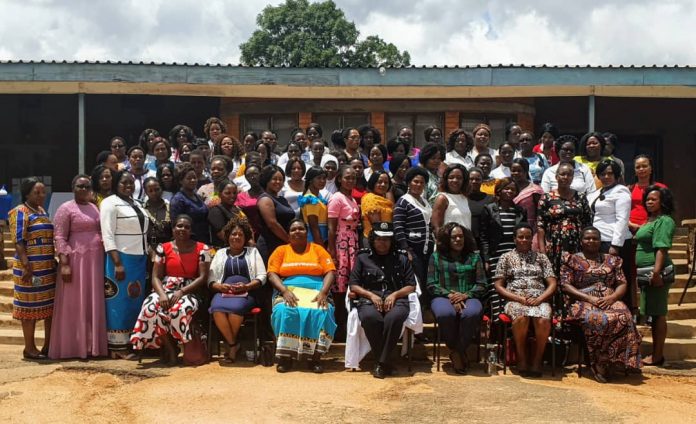 Female law-enforcers in the policing region of East in Zomba district on Friday December 4, 2020, held a meeting aimed at electing it’s new committee members to run the grouping for the next 3 years after eruption of tenure for the previous one.

Speaking to the gathering, the Eastern Region Commissioner of Police Mrs. Arlene Baluwa who was also the guest of honour and matron for the network encouraged the female officers to continue carrying out their daily duties in an empathetic manner, remain the pinnacle of progress in all aspects of development by performing to the public’s expectations and never undermine themselves.

She challenged them to upgrade their studies and acquire higher positions in the Police service.

During the handover ceremony, the outgoing Chairperson Traffic lnspector Brenda Bamusi of Ulongwe Police Post expressed her contentment towards the support that the female officers rendered to her during the 2 years she has been heading the network.

She also applauded the cooperation and team spirit that bred noble achievements by the group such as sensitization awareness in fighting against child marriages and early pregnancies ,driving and computer lessons by the female officers.

“Am urging you to contribute and work together in order to achieve our mission and vision. We need your  support to progress. To my fellow newly elected members, let’s be transparent and accountable to the organisation and take this networking to greater heights as we continue from where our friends stopped” said the newly elected vice chairperson Superintendent Memory Mgeni Regional Community Policing Coordinator who spoke on behalf of the newly elected chairperson Regional Prosecution Officer Assistant Superintendent Josophine Chigawa.

The Eastern Region Police women networking has been active in all its four districts.