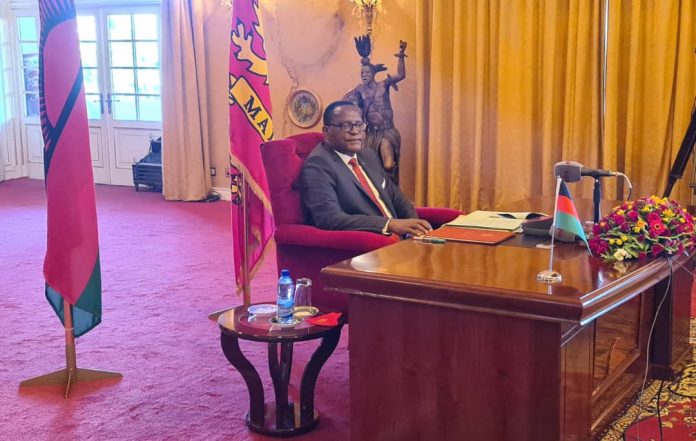 The Centre for Democracy and Development Initiatives (CDEDI) has sided with the concerned citizens of Thyolo and Mulanje districts that are calling on the Government of Tonse Alliance to intervene in ensuring that land is occupied by the landless communities for dwelling units.

CDEDI says considering the length of the time the communities in Mulanje and Thyolo have waited for justice over the matter as well as urgency of the matter, it has given President Dr. Chakwera 14 days to intervene on the mater.

The organization is advising Dr. Chakwera that should he take the route his predecessors took by ignoring the plight of the land as people in these two districts are demanding, it will be left with no choice but to drag the Estate Owners to court in the United Kingdom (UK) through the UK Human Rights lawyers to sue on behalf of these neglected landless people.

In a statement signed by its Executive Director, Sylvester Namiwa,CDEDI is giving government options to address the concerns of the landless people of Thyolo and Mulanje; compensation and relocation of the landless and badly affected people.

CDEDI is asking Government to partitioning all the land in question and surrender of the land by the Estates Owners to the locals, saying this will partly address their endless concerns.

The organization says while pursuing the legal remedies, it will be relentlessly be mobilizing the affected people to use all the legally and peaceful means available to push both the Malawi and the UK governments to act on the matter.

“Ignoring the matter will have far reaching consequencies, since where there is no justice , there is no peace, CDEDI and the suffering landless people in Thyolo and Mulanje districts are anxiously waiting from you,” reads part of the statement.

In a letter dated 7th December, 2020, signed by Harry Mikuwa, Letisha Maere and Evelyn Mandota representatives of the concerned citizens to the Office of the President and Cabinet (OPC), they prayed that Government start taking proactive roles to monitor activities of plantation owners to improve livelihoods of the communities who want to erect dwelling units.

The concerned citizens prays that the Ministry of Labour together with the Ministry of Industry take proactive steps to check out labour flaws in Tea estates and Government to institute a regulatory body to monitor activities and functions of Tea estates.

They are also praying that Government has to take a proactive responsibility of placing alternatives for farming as a means of living for Tea growing communities.