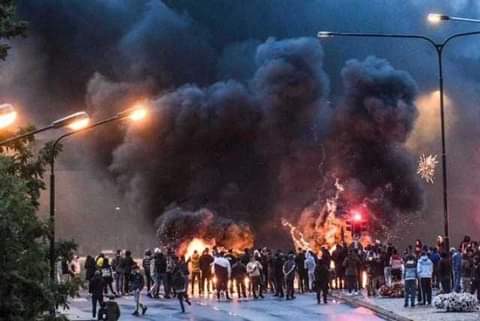 Kawale police in Lilongwe,on Thursday, December 10, 2020 were on spot again as they rescued a taxi driver from the hands of angry villagers.

The driver has been identified as Robert Chivwala aged 41.

Kawale police station deputy public relations officer Precious Mm Phiri says on the material day, it is reported that the community members were alerted about suspicious men who were moving around poultry houses.

According to Phiri, in response to this, the villagers woke up in the wee hours on the material day to chase these suspicious men.

“The suspicious men ran to unknown destination, but in the process the villagers saw a Toyota passo motor vehicle, registration number BS 3289 that was parked along Kamuzu Institute road due to fuel shortage,”

“In view of this, the villagers thought the car was the one used by the suspected thugs and they immediately descended on it in order to deal with its driver,” he says.

Phiri says coming closer to where the car was, they found the driver fast asleep and without enquiries, the angry mob started smashing the car and assaulting the driver too.

The issue was reported at Kawale Police Station and in response, officers at the station rushed to the scene where they found the driver about to be torched alive.

The law enforcers managed to rescue him and the car from being burnt.

Meanwhile, police are advising the general public to refrain from any acts of mob justice.