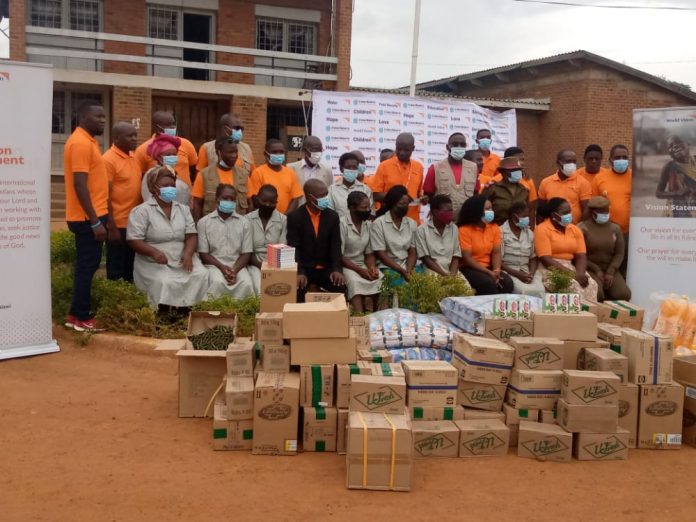 Speaking during the donation, Advocacy, communications and child protection manager for World vision, Lizie Lombe, said they decided to donate the items because they know that women and girls lack alot in prison.

She also informed the women and girls about gender based violence and asked them to report if it happens to them so that the vice that can end.

“We are living in the time where violence against women and girls is on the rise so we advise all the women to notice violence when it happens so that they should not keep silent but report to the authorities so that the perpetrators should be dealt with hence ending it, “she said.

Lombe also advised workers at the prison to be in the forefront to protect the rights of women and girls in prison.

In his remarks, Senior Supretendent officer incharge for Kasungu prison, Jones Singo, appreciated world vision for the donation saying it has fixed the gap that prison was failing to fix in terms of providing items to the female inmates.

He said the visit is an eye opener as it has helped the inmates know that they can also play a part in ending violence against women by reporting it.

“We will also play our parymake sure that inmates are protected from violence, “Said Singo.

In her remarks, one of the inmates, Tricia Nyirenda, said the donation will help them deal with some of the problems they face because of lack of soa, food and sanitizers among others.

“We now know that we have the right to report any act of violence if it happens to us so will will make sure to report when it happens, “She said.

The items donated include soap, Sobo Squash, sanitizers and lotion among others.