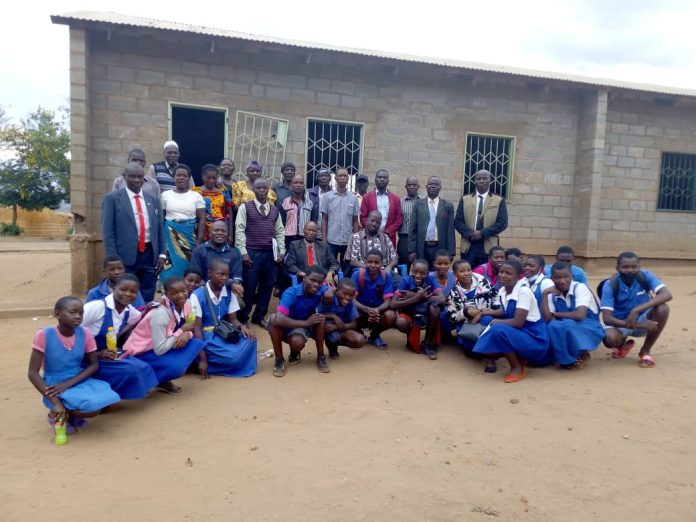 Cheyo said this situation is worrisome demanding NGOs in girl child education to work together in making sure that these girls go back to school leaving the children to their parents and guardians for them to continue learning and be responsible citizens of their communities.

He said these girls are being seen every Wednesday and Saturday’s market days at the Boma market selling mandasi and zitumbuwa in basins, firewood in heaps of K100s, a development which explains itself that all is not good from the areas they are coming from.

Speaking during activities held by the Parent and Child Health Initiative (PACHI) at Dowa 2 primary school in the area of Senior Chief Msakambewa in the district, Cheyo appealed to PACHI’s Ifenso Tingathe club members to be exemplary so that other girls who rushed into child marriages and early pregnancies learn something positive from them.

Cheyo asked all education stakeholders to provide maximum security to girls to and fro schools, before and after knocking off classes and reporting Gender Based Violence (GBV) to the relevant bodies including head teachers, teachers, School Management Committees and police.

He said the district has six Inspector of Schools and when they come at a school apart from inspecting education and culture surrounding that particular school visited, they meet school based structures to discuss Gender related violence taking place at the school.

“Take us as part of you, report to us and not hiding any Gender Based Violence either committed by pupils themselves or teacher –pupil or teacher –teacher, we write reports to the Ministry headquarters for actions to be done,” said Cheyo.

Speaking earlier, Group Village head Chileka, appealed to the people in the district not to judge suspects of rape and defilement cases saying it is only the courts that can pronounce judgement at these suspects, observing that some people resort to mob justice a development they can be charged of murder.

“Let us avoid taking the law into our hands, yes, it is painful to see your child raped or defiled and if you cannot control your anger, you can land yourself into the prison corridors for murder.

Village Chief Chileka then, thanked PACHI for being a friend in need and indeed of the girls for establishing Ifenso Tingathe clubs comprising of boys and girls, saying all this demonstrates one thing, fighting Gender Based Violence is not a responsibility of Government alone, it is for all the communities.