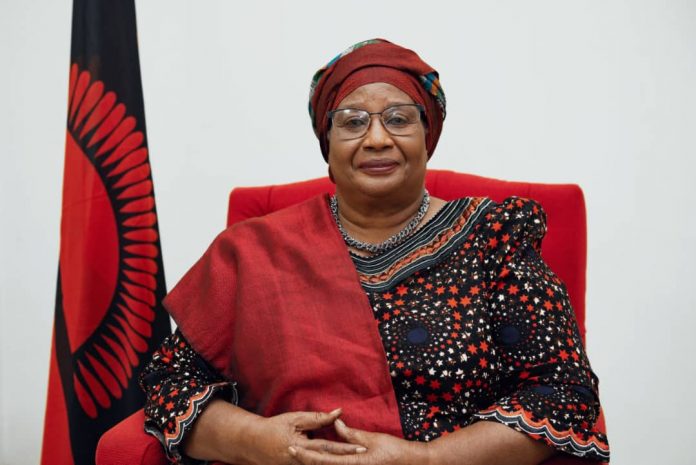 Former President of the Republic of Malawi, Her Excellency, Dr. Joyce Banda says the proposal of the creation of a continental government championed among others by the late former leader of Libya, Colonel Muammar Gaddafi, has never seen the light of the day for reasons bordering on Sovereignty and traditionalism.

Dr. Banda said this calls for those charged with the responsibility to implement and manage the Free Trade Area and member countries to have a deeper understanding of the trade, saying sovereignty issues which will arise among and within countries as the Continental Free Area comes into effect on 1st January, 2020.

Dr.Banda was speaking this on Thursday during a post –TANA virtual multi –stakeholder forum opening remarks as a Board member on National Sovereignty, Peace and Security; Challenging demands for the African Continental Free Trade (AfCFTA).

Dr. Banda said AfCFTA means creation of Africa’s own much needed continental big market, increased flow and exchange among countries of investment capital, technologies and labour, harmonized investment and trade policies, increased manufacturing and industrial base, growth of intra –industry trade, reduction in vulnerability of Africa to external trade shocks and alleviation of obstacles to intra –African trade, among other areas.
She said as countries are looking at Sovereignty, Peace and Security on one hand and the creation and success of the continent’s free trade area on the other, there is need to appreciate the fact that while sovereignty, peace and security considerations may appear to be challenges to the creation and subsequently success of free trade areas.

The Former President said the establishment of the AfCFTA brings a new chapter and a major turning point in Africa’s socio –economic pursuit of the long aspired, dreamt and desired Africa saying this marks a decisive step in the realization of Africa’s dream for the attainment of a deeper economic integration which is a critical success factor for the continent’s socio –economic growth, development and prosperity.

She said it is heartbreaking, incomprehensible and unacceptable that while Africa remains a huge market for the outside world, Africa remains such a small market for itself, as a continent, it need to acknowledge this problem and accept that it is their problem and thus finding a solution to it remains their responsibility, they must find an African solution to Africa’s problems and that this can only be found in African Union.

“The successful free trade area provides a strong and effective mechanism for enhancing national sovereignty, peace and security,’’said Dr. Banda in her speech.

Dr. Banda said what should be priority to all African Union member states is the fact that they must become their own huge market, and they must also strive to be a huge market for other continents, saying this time to rise above their own small economies has now come.