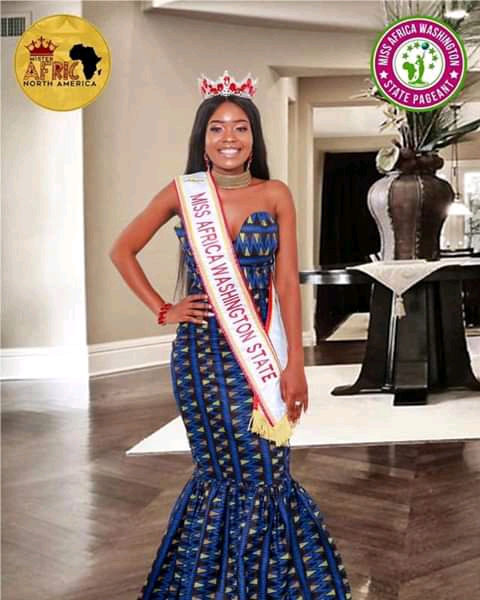 A Malawian based in United States of America ( USA) Miss Nellie Matewere who is also Miss Africa Washington State 2019 on Sunday 20 December, 2020 launched a campaign against child marriages in malawi, the campaign will contribute towards elimination of child marriages in Malawi.

Speaking during the launch Miss Nellie Matewere said she is very concerned with child marriages because it is the practice that threatens the children’s well being and that constitutes multiple violation of the rights and that is why she has decided to start the campaign.

“I am very concerned with child marriages because it is a harmful practice that has been shown to have profound physical, intellectual, psychological, and emotional impacts on children, especially for girls. I have chosen to start my campaign in Malawi, the country of my birth where over 50% of women aged 20-24 first married before the age of 18. As we are meeting here today, I have been informed that Malawi Human Rights Commission has recorded over 12 thousand cases of child marriages in the year 2020 due to COVID 19. Malawi is a country where about 4% of the population is married below age 15 and 24% is married before age of 18. It is a country with one in every five teenage girls is in a formal marriage whilst 4% is in an informal union. Girls from poor households or those raised by women without no education are more likely to be married early”,said Matewere.

She also noted that she made a promise during her term of office as Miss Africa Washington State 2019 that she will contribute towards the campaigns against child marriages in Africa and she has decided to start the campaign in Malawi where she was born because cases of child marriages are high.

“Today is one of those greatest day of my life as I will fulfill the promised I made on my appointment as Miss Africa Washington Sate 2019. Today I am here to witness the launch of my campaign that will: Provide training to 20 female models I have recruited to be available to thousand of atrisk girls who need protection, mentors and advisors
The campaign that will: Sensitize members of the general public and children on the dangers of child marriages, enhance collaboration among stakeholders on the need of protecting children atrisk from child marriages, through posters, sensitize the public on the need to report all forced, arranged and child marriages cases to the nearest Victim Support Units. Influence community leaders on the urgency of developing and adoption of by- laws that prohibit all forms of child marriages and encourage community structures to continuously monitoring, rescue and rehabilitation of victims of child marriage”,said Matewere.

In her remarks Malawi Human Rights commission Executive Secretary Miss Habiba Osman who was also the guest of honor at the launch, commended what Nellie Matewere has done for launching a campaign that will help in reducing child marriages in Malawi as well as in Africa, saying this will contribute a lot as far as eridication of child marriages is concerned.

“I am pleased particularly to note that Ms Nellie while in her office of Miss Washington State announced that she would be an ambassador of child marriages in the country to join the many voices that have acted and spoken about this. The country has multiple initiatives for keeping girls in school, but in selected parts of districts, therefore this launch will help spread the message far. Iam happy that this campaign will also partner with local child rights Organization in Malawi such as eye of the child, girls empowerment network and Gateway of hope who have instruments in advocacy on child marriages and girls empowerment. It is my prayer that we all in our spaces will also land support to Ms Africa Washington state to execute this campaign well as Malawi needs more young people to take a stand against child marriages as part of the participation”,said Osman.

Nellie Chizunga Matewere a 20 year lady born and raised in Malawi, she was a participant in Miss Africa Washington State 2019 and she earned the title. Her platform was ending child marriages in Malawi and Africa, she choose this topic based on personal experiences as once upon a Time she was compelled to marry a man who was old enough. Nellie totally understand what it means to be subjected to child marriages and the impact that has on girls education and health and that is why she has decided to start the Campaign against child marriages.

The launch of the campaign took place in Lilongwe at crossroads hotel and Miss Africa Washington State who is now in the United States participated virtually.