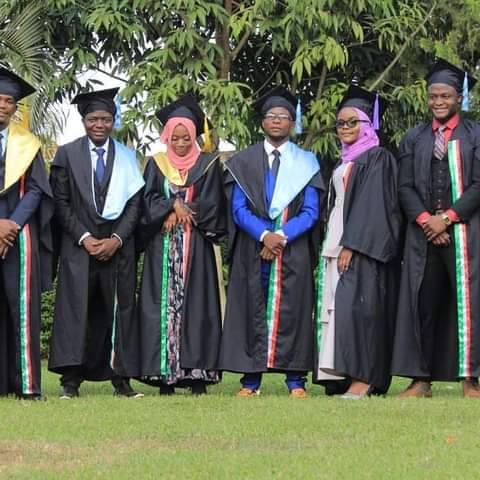 The Islamic University in Uganda (IUIU) has graduated seven Malawian Muslim students during its 28th graduation ceremony held virtually on Tuesday due to novel coronavirus pandemic.

The students were all studying from IUIU’s Main Campus in Mbale City in Eastern Uganda.

Ishmael Pias is one of the graduates and says he is ready to use the skills acquired at the university to boost social economic growth of Malawi.

Pias who was studying Bachelor of Procurement and Logistics Management hails the Islamic University for turning him into a complete intellectual who is ready to compete with other intellectuals in the job market and entrepreneurship sphere.

Pias says the skills acquired in Uganda will help him to excel in his career in Malawi.

IUIU had graduated several Malawians who are playing pivotal roles in Malawi both in public and private sector.

Meanwhile , the university has over 50 students (Muslims and Christians) from Malawi in its three campuses namely Main Campus in Mbale, Kampala Campus in Kampala city and Females’ Campus in Wakiso district.

The Islamic University in Uganda was opened in the year 1988 by the Organisation of Islamic Cooperation (OIC) under a bilateral agreement between the Government of Uganda (GOU) and the OIC.

The University opened on 10th February 1988 with 80 students and two degree programmes.Currently, it offers 72 programmes in 7 Faculties and has a student population of 8,638 coming from 21 different countries.

The University employs over 600 fulltime members of staff from 8 countries, and about 300 on part time basis.