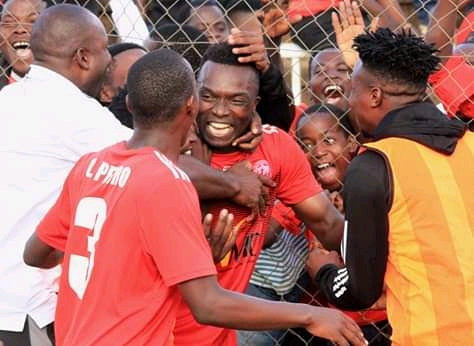 The chase for league title between Nyasa Big Bullets and Be Forward Wanderers in TNM Super league has reached a climax.

Be Forward Wanderers beat Mighty Tigers 1 to 0 at Kamuzu stadium in Blantyre to continue maintaining the second position with 63 points.

Nyasa Big Bullets game was intense as it ended goalless in the first half.

In the second half, Nyasa Big Bullets Coach Calisto Pasuwa made some changes to strengthen his striking force.

Chiukepo Msowoya’s 88th minute header was enough to see off Civo Sporting Club at their own backyard.

Bullets will play all remaining two games against Moyale Barracks and TN Stars at Kamuzu stadium while Be Forward Wanderers will travel to meet TN Stars and Mlatho Mponela.