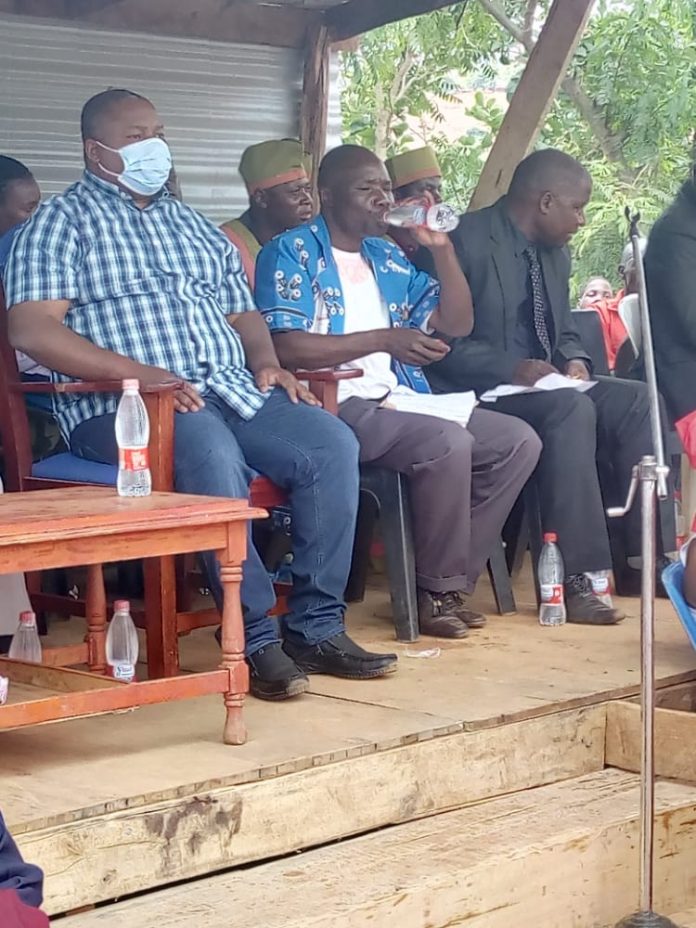 A dark cloud has fallen over Bwalo la Chewa Foundation [BOLA –CEFO] following a tragic road accident which has claimed one of its founding members in Dowa district, Mr. Ndira of Makumbi village in the area of Senior Chief Msakambewa [ Mkanthama –Chewa clan] in Dowa district.

The incident occured in Ntcheu when the vehicle in which they were travelling in from Thyolo after witnessing an induction ceremony of Traditional Authority Ngomano to Chewa chieftaincy, was hit by a truck belonging to a business tycoon, Mfitiidzafanso of Mponela in Dowa district.

Mr. Ndira was pronounced dead upon reaching the Ntcheu District Hospital, in a vehicle which had 62 people on board, 11 were involved in the accident, one dead, a – Mr. Ndira and one is battling for his life receiving treatment at the District Hospital in the district.

This is contained in a statement to the entire Chewa family by its National Executive Director, Reverend Flywell Somanje,
In the statement, Bwalo la Achewa Foundation is joining the Ndira family, the Chewas of Dowa and the country as a whole in mourning a diehard member who has played a big role supporting the activities of the grouping to this date and is wishing all the injured, a quick recovery.

“We are all in mourning of our member, a- dark cloud has fallen over to all the Chewas in Malawi,” reads the statement in part.

The Ngomano Chewa chieftaincy in Thyolo is one in the Southern Region of Malawi which lost its identity and culture due to the other cultural tribes they found after the Chewas left their headquarters at Mankhamba in Salima.

Most chiefs in Thyolo are from the Chewa roots and Bwalo la Chewa is uniting them to revive their lost identity and culture as evidenced by the function which was purely Chewa cultural day, people from different cultural and religious groups were in attendance.
His Royal Highness, Paramount Dr. Lundu, Patron of Bwalo la Chewa Foundation was represented by Senior Chief Kunthembwe of Blantyre, UTM’s Patron, Mr. Masangwi, Leader of Opposition in Parliament, Kondwani Nankhumwa, Thyolo District Commissioner and other Government officials attended the induction ceremony held at Chief Ngomano’s headquarters at Nkonzi in Thyolo district.

The Ngomano Chewa chieftaincy brought the two Chewa tribal groupings, Bwalo la Chewa Foundation [BOLA –CEFO] and Chewa Heritage Foundation [CHEFO] as one, travelling and walking together symbolizing unity which is existing among the Chewas in Malawi.