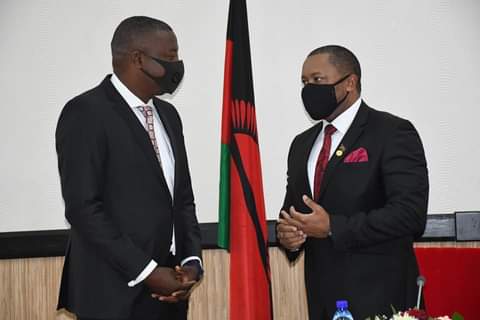 Chilima who is also the Minister Responsible for Economic Planning and Public Sector Reforms made the remarks after meeting officials at the state broadcaster on how the statutory corporation is implementing public sector reforms.

“It is the vision of His Excellency, Dr. Lazarus Chakwera, President of the Republic of Malawi that MBC becomes a public broadcaster free from political influence,”

“Once MBC achieves this, advertisers will flock back,” he says.

According to Chilima, on its part, the Malawi Broadcasting Corporation MBC’s three – year turnaround strategy in programming, infrastructure, investment and commercialisation also have the potential to turn the broadcaster into an efficient, effective and professional institution that is admired and supported by all Malawians.

“However, despite its commercial viability MBC too has huge liabilities and wants a bailout on its K4.9 billion tax arrears and K1.2 billion in pension arrears,”

“I have reiterated that there will be no bailout because a closer look at MBC shows they have the potential to get out of the situation. MBC must run as a business while strengthening its social obligations,” Chilima says.

During the former ruling Democratic Progressive Party (DPP) , MBC was accused of serving the party against its mandate of informing, educating and entertaining the general public.