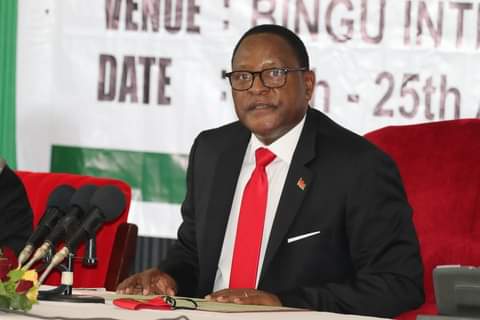 Malawi President Dr. Lazarus Chakwera has asked the United Nations (UN) to involve African countries when making decisions for the benefit of the continent.

Chakwera made the call yesterday when addressing the virtual 75th Session of the United Nations General Assembly (UNGA).

“We need a UN that fully meets Africa’s need in peace processes , which can only be achieved if Africa is involved in making such decisions . In view of incessant conflicts that are currently tearing down the African continent and retarding its progress , the reforms are long overdue,” he says.

The Malawi leader who has attended the summit for the first time since winning the court ordered fresh presidential elections said Africa must have two permanent seats at the UN Security Council.

“We take note of the UN reform efforts as championed by the Secretary General and reiterate the crucial role of ONE UN in ensuring efficient and effective delivery for the 2030 Agenda for Sustainable Development,”

“However, we are concerned with the status of the UN Security council reforms . Malawi , therefore , reiterates the call for the urgency in advancing these reforms with full representation of Africa in line with the Ezulwini Consensus of the African Union . For the avoidance of doubt, we call for two permanent Seats with Veto Power and Five Non- Permanent Seats for Africa,” Chakwera says.

This year’s UNGA session was held under the theme ” The Future We Want , the United Nations We Need: Reaffirming Our Collective Commitment to Multilateralism- Confronting COVID-19 Through Effective Multilateral Action.”