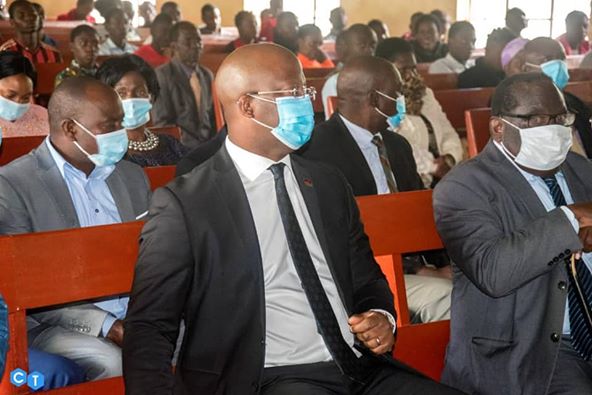 According to Muluzi, watching the management of COVID-19 pandemic in the country under the governance of the new administration, one would wonder if COVID-19 is a priority.

He also says the DPP administration established up to 41 sites for testing across the country but as of now only 11 of these sites have testing kits.

“The public is struggling to get tested, we are witnessing both cases and deaths being underreported also a result of limited testing abilities in the country. This is seriously undervaluing the gravity of this pandemic in the country,”

According to Muluzi, the former administration had initiated risk allowances for all health workers and unfortunately the current Government has no any plans to implement this.

“The APM administration had set aside 6.2 Billion Malawi Kwacha to cushion low income urban dwellers with social cash transfers. The Tonse Alliance has removed this showing how much it does not appreciate the economic impact of COVID-19 on the poor Malawian, who live on hand-to mouth and depend on small businesses for their daily living. Urban Malawians will be poorer and poorer,”

Muluzi who was also the Peter Mutharika’s runningmate says a presidential task force full of cabinet ministers was appointed in the DPP government time but it was demeaned.

“This government has done the same, on what moral basis were they disparaging the previous government?,” he says.

Muluzi says the Government is failing to protect girl child during the pandemic.

“We are now seeing increasing teenage pregnancies across the country. This means socieconomically we will see a less empowered girl-child and we are not seeing how the government is taking care of these issues. What plans are there to make sure girls are back to school or are exposed to school environment even in time of COVID-19 as we are in?” he says.

Muluzi says the Chakwera administration must know that campaign season is over and its time to act and fulfill what they promised to Malawians.

“We have lost men and women prematurely due to COVID-19, may their souls rest in peace. We see people being sent back daily from health facilities due to inadequate testing. Cases have not reduced; neither has the death rate. We are just not testing enough. Malawians, are dying daily, Malawians are being infected daily. More than what is being reported. Yet still COVID-19 does not seem to be a priority for the administration,”

“The DPP led government provided money for the procurement of medical equipment for COVID-19 isolation sites, such as ventilators, oxygen cylinders, patient monitors and newly opened oxygen gas plant at QECH and the gas plant underway in KCH… these are DPP led initiatives, we want to see what the new government will do,” says Muluzi.

He says it is not clear how the coordination for COVID-19 fight is being handled.

“Is it DoDMA, is it OPC or some hired officer to do the work? Without clearly defining the coordinating office, the battle is almost lost,” he says.