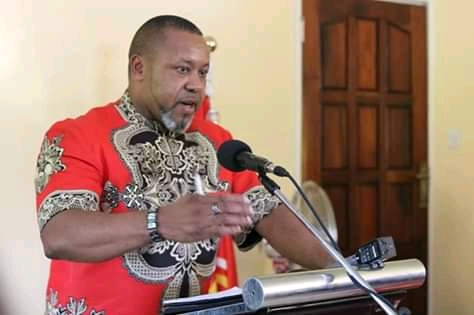 Chilima claims that the money has been given through Mr Mtenje, who will share with his thugs to do the much needed job for Malawi to to be put on fire with President Peter Mutharika declaring a state of emergency to continue clinging to power to 2024.

He says it’s sad that Dr Muluzi who claims himself to be the champion and founder of Malawi’s democracy is sending people to kill him, assuring him that his life is not under his control but God.

Speaking at Namadidi community ground in Zomba, Chilima says next week, Monday and Tuesday, they are proceeding filing documents reporting the perpetrators of violence and plotting assassinations in Malawi, Professor Peter Mutharika and Dr. Bakili Muluzi to the International Criminal Court( ICC) for them to be tried there.

“God is caring for my life and not Dr. Bakili Muluzi. I will be mentioning his name time and again for him to change,” said Chilima.

Chilima assures Malawians that he is the State Vice president whether one likes it or not, and will not be afraid to go to any district in Malawi saying Malawi is a country and not a district.

Commenting on his convoy pelted with stones in Phalombe which resulted to injuries of people and smashing of some vehicles, Chilima urged Tonse Alliance supporters to desist from revenging the evil with the evil but to show the DPP- UDF Alliance that enough is enough with them, showing anger on the polling day by voting for Chakwera- Chilima presidency for Malawi to be freed and move forward.

On COVID-19, Malawi Veep assures Malawians that the Fresh Presidential Elections will be held with or without pandemic.