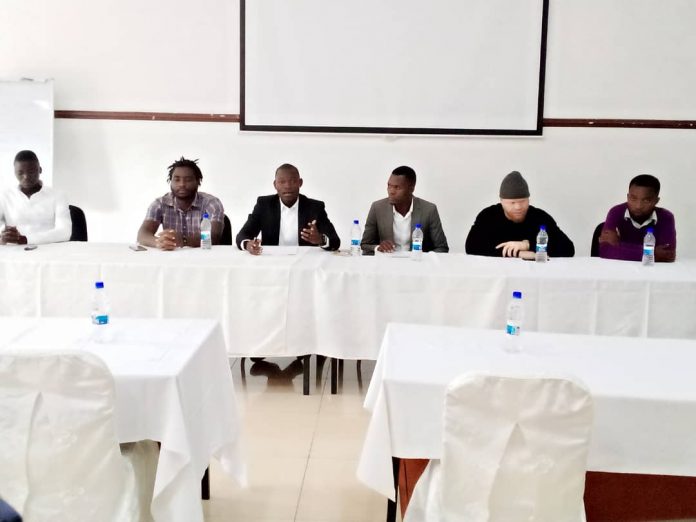 Speaking during a press briefing on Wednesday, 3rd June, 2020 Chairperson of the College students taskforce Precious Paul Kalolo said they want government of Malawi to adopt 13 July, 2020 as a day of reopening schools as recommended by National Planning Taskforce.

“You can see the issue of education has been sidelined for a long time. Government should have been at the forefront of dealing with the issue so we have decided to take it up on ourselves as students because we are the victims here. We have to fight for our education, we have been just staying for a period of 10 weeks and for a student that is a long time. Some of us could have finished by now, so that’s why we are fighting for education”,said Kalolo.

Kalolo also noted that as students they are affected very much by the closure of schools since March, 23.

“Generally , you know when you are a human being, every human being has something they do in life and when you stop that thing and say you pause it enterely the person is distracted socially as a human being I don’t have a life. What I do now as human being at the moment is going to school, so when you take out school indefinitely this should be different from where we close schools and say you come back after two weeks”

“This is indefinite and we look at the fact around COVID-19 if we are trying to run away from the disease this might be around forever and the pace the government is dealing with this has been so slow. So as a student it has affected my life at the moment and I am just somebody who doesn’t know the direction for his life and if we are talking how it has affected students generally , you will found out that there are reports that predict that this could lead to teenage pregnancy because students don’t have anything to do while at home”, said Kalolo.

He added that as students, they are aware that the government instituted a committee called National Planning Taskforce and that committee has recommended government to reopen schools on 13th July, 2020.

“We are not saying the government will not adopt the recommendation by the National Planning Taskforce, what we want is an assurance that they will open the schools that day”

“We have to make our voice heard we have been communicating through the students union of Chancellor college, engaging with various stakeholders but then there is nothing tangible that has happened, so we are trying to make a voice like come on we are tired. So the demonstrations are aiming at that particular purpose to let our voice being heard”

President Peter Muntharika on 23 March,2020 declared state if emergency in fear of COVID-19 and schools were closed since that time and recently a taskforce called National Planning Taskforce on reopening of schools released a statement where it has recommended government to open schools by 13 July 2020.

As it stands right now Malawi has 369 COVID-19 cases cases and that includes 312 active cases, 51 recoveries and 4 deaths.