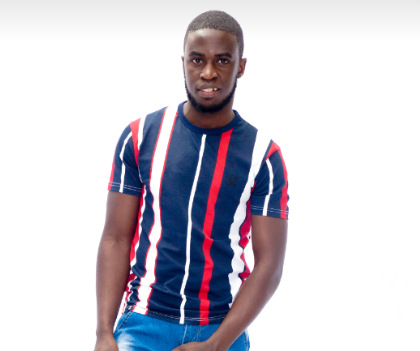 (ANS) My name is Alie Nazrul Siraaj. Born on 07th April, 1996 in a family of 6 .
I am a third child in our family.
I was born and raised in Lilongwe and both of my parents are from Traditional Authority Makanjila in Mangochi.

(BM) What is your educational background?

(ANS)I did my primary school at kawale LEA school. I then went to YDP Secondary School in Lilongwe where I got my MSCE certificate. Later, I studied advocacy and Young Ambassadors at CHANCE FOR CHANGE where they gave me a certificate. Right now I am studying at Anwaarul Islam Institute in Capetown, South Africa.

(BM) You are a nashid artist. Tell me more. Who motivated you?

(ANS) I started writing nashid in 2011 and that time I was just writting until in 2013 when I recorded a song titled Dalitsani Makolo but I didn’t release it due to some problems.
Then in 2014, I met Nu’uman Mkwamba who is now a leader of Oneness of Islam. He motivated me and I went to studio again to record a nashid titled “Mdima Wachoka.”

(BM) Do you see any progress so far? How do you connect nashid singing to spreading Islam?

(ANS) Alhamdulillah, I am preaching and giving out good message to Muslims as well as non-Muslims.

So far, Alhamdulillah I can see that I am progressing because I have managed to meet with different artists and work with them and I am still working with them. I do have some people who are following, supporting and encouraging me.

(BM )What is your lowest point life? And your highest?

(BM) My lowest point was that time when people were mocking at me saying that I can’t go far with singing nashid. I wanted to quit and start singing secular songs.

My highest point was when I had a chance and started working in a certain company from Kenya called Exon Limited as a track driver assistance.

(BM) What is your marital status?

(ANS) I am not married but Insha Allah in two to three coming years will be married.

(BM) What is your future plans in nashid singing? Any advice to the youths who also want to reach your level?

(ANS) My advice to up and coming nashid artists is that they must work hard on their own and they must not depend on someone to make it in life.

Do your best to succeed and do whatever it takes to become great in your own way.

My future plan is that I want to make changes in nashid industry and I want to bring different things in the industry by bringing all the artists together.