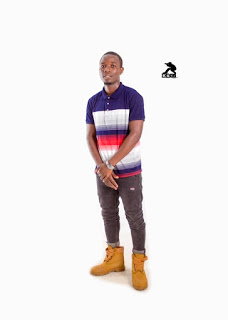 In this section Bright Malenga (BM) is charting with Yakin Kassim (YK). Yakin is a Muslim poet.

(YK) My Full name is YAKIN YUSSUF KASSIM(YK) HUSSEIN and my another name is HAROON.

I was born on 9th March, 1996 at Bwaila hospital in Lilongwe.

When I am asked where I am from, I say Nkhotakota because I like the district.

I grew up in Lilongwe, Kalieka 1 to be specific with both parents where they own a place.

From there, I went to K&M College of Accountancy where I obtained my Certificate in Financial Accounting.

As of now am working with RMS Distributors.

I started a business
KAYZ SHOOTS, a Video and Photography skills where I do more things like graphic designing as well as posters and cards designing, video and photo shooting.

I started the studio last year in December.

I have never gone for study about how to shoot or edit anything but I use internet to download books and study them myself.

(BM) You are a Muslim poet. Tell me more.Who motivated you?

Talking about motivation, mmmh I can say everyone who was a poet back then motivated me. I can’t say someone or mentioning a name or names because no any specific individual motivated me.

I wrote my 1st poem and It was Shabil Makawa who edited one word on it and told me that I am a poet and I don’t have to give up.

In short, Shabil Makawa encouraged me and he was the 1st poet I ever collaborated with.

In 2015 my audios were on radio and my first poem which was first to record and first to perform was the first to be played on air.

In 2016, I had a video shoot and sent it to TV stations where it was played and I was happy to be the first poet to be played on TV islam Malawi with my three poems titled “JANNA BWEZI ITAKADZADZA,” “THE HEART BEAT” and “MY SOUL.”

I have one complete album titled “Kunacha” named after a poem in it and two incomplete albums “SIZIKUGWIRIZANA” and “THE MIXTAPE”.

In “SIZIKUGWIRIZANA” I just put my single poems and in the mixtape I put collaborations.

My target in MIXTAPE is to feature 15 different Islamic artists.

I see a great improvement in my poetry every time I drop a poem.

My mission and vision is to reach people across the globe with the words of Allah.

Soon, I want to start collaborations with artists from elsewhere other than Malawi.