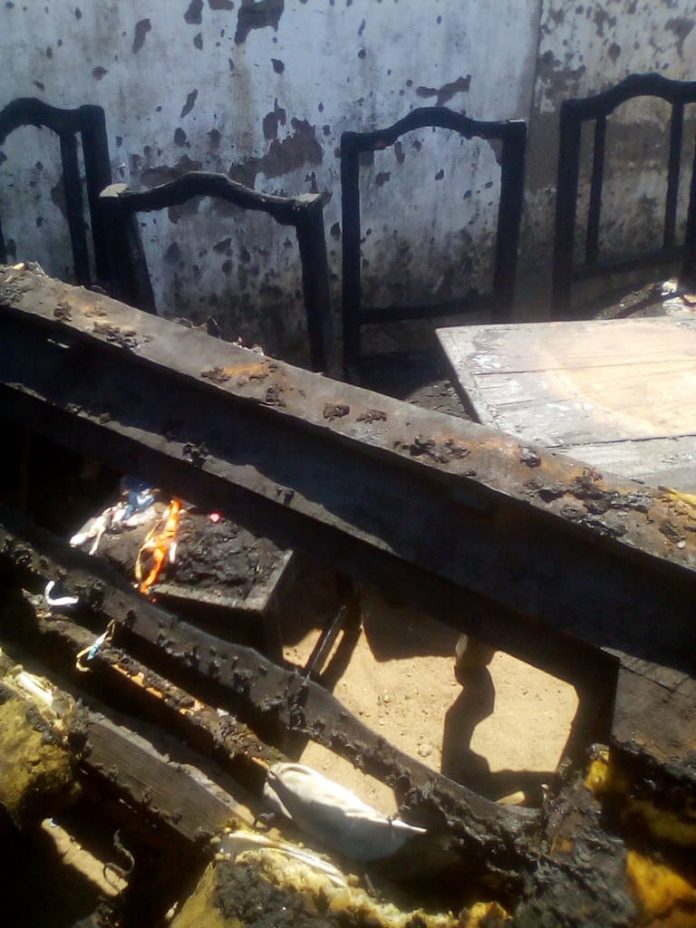 A fierce fire has gutted the house of Mr Fred and his family in Mangochi, leaving a 7-year-old child seriously injured on September 4, 2020 at Makawa Village in the district.

According to the victim’s sister, Amina Fred, 23, the parents had gone out for business at Kela Fishing Dock, leaving the siblings asleep.

“The siblings started playing around with matches. Consequently, one of the lit sticks fell on a sofa sparking fire that razed the sitting room before spreading to one of the bedrooms,”

“Well-wishers rushed to rescue the two but the victim was stuck as he hid under the bed,” Daudi says.

She says that the boy was rushed to Mangochi District Hospital after sustaining severe burns on the stomach and thighs.

Meanwhile the victim has been referred to Zomba General Hospital for further medical attention.

The police are appealing to parents and guardians not to leave their young children unattended to since they need parental care, guidance and close supervision.