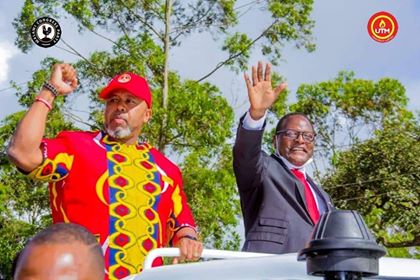 For God and my country, writes Bright Malenga.

I am one of the Malawians who wish the country good. I wholeheartedly believe in the country. I believe in its geographical setting, human resources and enthusiasm of the citizens to transform the country from just an agrarian economy to both agrarian and industrial economy.

I am sure that Malawians can draft a linear graph on how past Governments have miserably failed to develop the country. And I am also knowledgeable that great Malawians know how some past Governments worked to positively alter the country’s economic digits. Every Government has its successes and failures and the distinctive factor is not excluding the current Leadership of Professor Peter Mutharika.

World biggest economies such as United States , Great Britain and China have a factor that characterize their economies as being stable. The situation also applies in some African countries. I am uncertain as to why many Sub-Saharan Africa fail to have a potion in the desirable zone. Is it because of bad Governance? I don’t know .

Most Sub-Saharan African countries have fragile economies. The fragile description of economy has disastrous effects on both Gross Domestic Product (GDP ) and Gross National Product (GNP). However, even developed countries have at some point an element of fragile economy but consistency of the situation distinguishes the degree of the consequences.

Malawi is today voting for the president after nullification of last year’s presidential elections by the High Court sitting as a Constitutional Court. It is right time for Malawi to decide the future of the country. It is up to them to vote for either Dr Lazarus Chakwera of Tonse Alliance or incumbent President Professor Peter Mutharika of DPP-UDF Alliance . The citizens are best judges today. Should they continue trusting President Prof Peter Mutharika or it is time to try Dr Chakwera? The citizens have an answer today through the ballot.

Why should Malawians boot out Mutharika if they still believe that he has vision to develop to the level of Singapore, United States or London as has been promising ? But If Malawians need change, no one can stop them from exercising their constitutional right by voting for Chakwera as the next Head of State of State.

Whoever will be entrusted with the position, should have the passion to develop the country. The next president (Either Mutharika or Chilima ) should be hungry to develop the country to the levels of Rwanda and South Africa among other countries that we can emulate. I can’t force the next president to transform the country to the levels of United States, Great Britain or China. I think that can just be lying to myself but it is my wish to see Malawi sharing developmental ideas with countries at the G7 Summits. It is very possible.