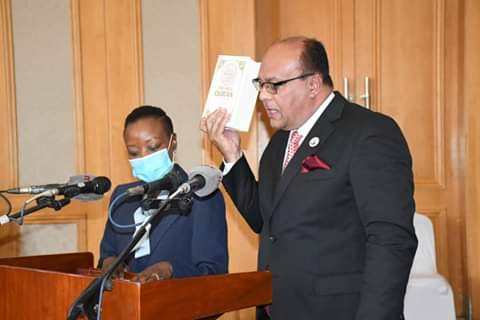 Four Muslims are among gallant Malawians sworn in as Cabinet and Deputy Ministers yesterday at Bingu International Conventional Centre (BICC) in Lilongwe.

The State President Dr Lazarus Chakwera has appointed Rashid Abdul Gaffar as Minister of Mining while Halima Alima Daudi has been appointed as Deputy Minister of Local Government.

In his speech, President Chakwera said he has trust in the cabinet and urged all members to work for the betterment of the country.

Dr Chakwera said he did a thorough background research on each cabinet minister appointee and each one has been appointed basing on their respective accomplishments and they will all be assessed as not to abuse office by falling into the trap of conflict of interest and serving personal interests.

He concluded by saying lazy and incompetent performers will be booted out of the cabinet.