Students at Zomba High School got a sigh of relief after gays who are reportedly to have been enticing to sleep with them were caught yesterday.

Reports reaching Malawi Muslims Official Website indicate a group of gays have been going to school to seduce learners so that they should be having sex with them.

The school, which belongs to Muslim Association of Malawi (MAM), is situated along Zomba Mangochi road, few kilometres away from Zomba city centre.

The secondary school offers accommodation to only boys, but enrols both boys and girls.

Meanwhile Principal of the school   Wyson Jafali has confirmed the development in an interview with this website.

“The matter started three weeks ago and when tried to lodge the complaint to the police, they told us to wait and see if they would come again. Fortunately, they came yesterday to meet some of the students.

“We made a trap by allowing some students to go with them so that we should easily catch them at a nearby cottage. Then we caught them and immediately called the police who arrested five of them because they were many,” he said.

He added that the alleged gays run away using a vehicle.

Police are yet to confirm on the development.

Wyson however did not confirm or deny that some of the students were the victims of such malpractices.

The gays mostly targeted the teenagers.

Malawi is a secular state but like most African nations, outlaws homosexuality.

Malawi Muslims Website will give you more information as the story develops. 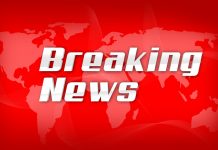