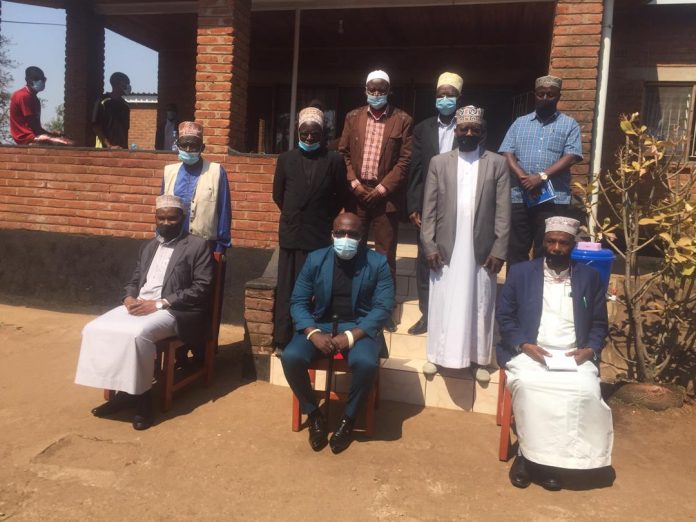 Malawi Government has commended the Muslim Association of Malawi (MAM) for developing the country in various sectors.

The remarks made today by Minister of Civic Education and National Unity Timothy Mtambo during the meeting with MAM officials in Blantyre.

“MAM has done a lot in developing this country in various sectors including education and health among others,” Mtambo says.

The Minister commends Islam for promoting peace and unity in the country.

Mtambo has asked MAM to continue working together with Government to unify the country.

The Minister has also hailed MAM for peacefully resolving the billboard saga between Muslims and Evangelical Association of Malawi (EAM). The billboard that was erected by Islamic Information Bureau (IIB) in Blantyre aimed at encouraging people to read the holy Qur’an was removed by Blantyre City Council (BCC) after a query from EAM that it had a message that would incite religious violence.

“You can see high level of tolerance, love and social cohesion in the manner this issue has been addressed. I would also like to commend the leadership of Public Affairs Committee (PAC) the way they did on this billboard issue,” Mtambo says.

In his remarks , MAM Secretary General Sheikh Alhajji Twaibu Lawe says the religious group is committed to continue supporting government in the sectors of education and health among others. Lawe says MAM constructs schools and health centres across the country that benefit not only Muslims but even Christians.

According to Sheikh Lawe, MAM also drills boreholes to make sure that Malawians have clean water that can improve their health to allow them positively contribute to the development of the country.

Mtambo and MAM officials led by MAM National Chairman Sheikh Idrissah Muhammad also agreed to work had in hand to fight novel coronavirus pandemic that has killed over 160 people in the country.