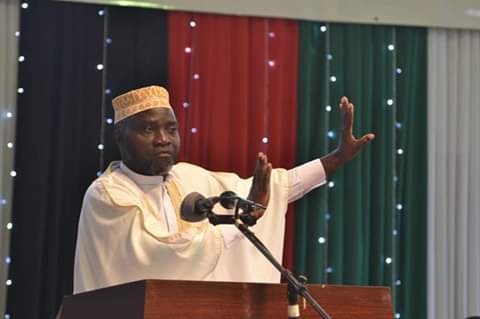 Government of Malawi has rescinded its decision on the number of people to attend religious gatherings.

Few days ago, government announced that only 10 people will be allowed to pray in church or mosque a development that met resistance from religious leaders.

Today, religious leaders held a meeting with the Presidential Taskforce on COVID-19 to discuss the way forward on the decision and later agreed to increase the number from 10 to 100.

Muslim Association of Malawi (MAM) Spokesperson Sheikh Dinala Chabulika says the meeting was fruitful as it helped the religious representatives to submit their recommendations.

“The Presidential Taskforce on COVID-19 has been given more task to work on rules while churches and mosques continue to do as they have been doing while following all precautionary measures. The will submit new rules after thoroughly consultations with other stakeholders including the religious bodies,”

“Each and every religious body submitted the recommendations and this is why we say we will continue observing the hundred one until everything changes but for the time being we should continue observing all precautionary measures especially when it comes to social distance , washing our hands and even wearing face masks,” Sheikh Chabulika says.

On Tuesday, MAM said they were not consulted by the government before gazetting the COVID-19 regulations to curb the pandemic that has killed over 150 people in the country.