Islamic Information Bureau is planning to open its new office in Lusaka, Capital City of Zambia. Malawi Muslim Official Website can reveal. The organization’s national coordinator, Sheikh Chabulika confirmed of the development and said all requirements have been met.

“We are pleased to announce that IIB is planning to open new office in Lusaka, Zambia soon,” he said.

“We have already registered and finalized everything with the government of Zambia and what is remaining is the launching ceremony which we hope will take place before the month of Ramadhan ,” he said.

On asked how this decision has come in, Sheikh Chabulika said:

“Zambian Muslim leaders approached us. They told us that Islam was fading in their country and Christianity is dominating since it was declared a Christian state some years ago. Then after thorough discussions we agreed that we should go and open our office there.”

Currently Muslims in Zambia are not allowed to conduct Islamic activities like dawah and other Islamic functions in public places. However, Islamic Bureau office will be of most important as it will be operating as a library.

“It is sad to go in Zambia and find that there is little knowledge about Islam among Muslims. This is because Muslims are not given a chance to conduct activities like dawah and alike in public places. So, I think our office will help alot of people as it will be acting as a Library,” he said.

Sheikh Chabulika further said the office will be also a sign of unity which exist between Malawian and Zambian Muslims regardless of the boundaries.

When asked about their future plans, Chabulika said:

“My brother,” he smiled. We have big plans- we are trying as much as possible to make sure that we have offices in each and every district in Malawi and any country in the Southern Africa by 2020,” he said.

Islamic Information Bureau is a non-profit organization which was formed in 1999. Currently, it has over 13 bureaus in Malawi and conducts more than 600 programs per year and so far over 500 New Muslims have embraced Islam through their initiative. 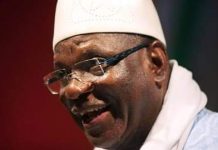