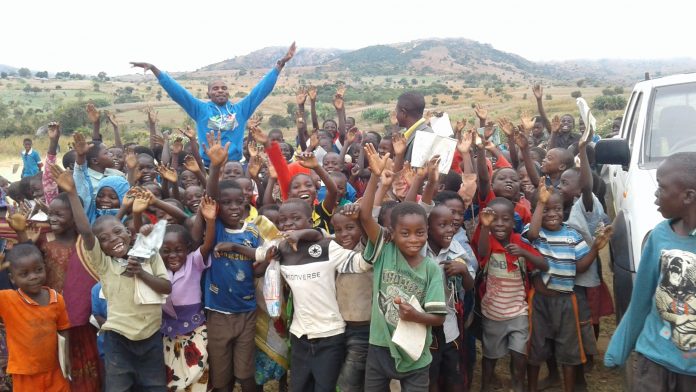 The Islamic organization called A Giving Hand Foundation has vowed to reduce poverty in the country.

Speaking in an interview with Malawi Muslim Website, the Chief Executive Officer (CEO) of the organisation, Denis Kazembe says the organization started in 2017 with little support to the communities in Traditional Authorities (TAs) Ndindi and Pemba in Salima who were affected by floods.

“These communities were experiencing the floods almost every year and their livelihood systems were compromised. Then we thought of supporting with an income generating activity that will also support them nutritionally,”

“We gave them eggs and chicken on pass on program. Several ideas came in on how to deal with these problems. In 2019, we thought of establishing an organization to fully support these communities,” Kazembe told Malawi Muslim Website.

He says while the organization was looking at flooding, they also thought to deal with it by looking at the educational aspect.

“There were issues in 2019 about muslim students being denied in schools managed by Catholics, needy students who can’t afford to pay their school fees and detoriorating standards in some Islamic schools. We thought we could also provide support in this area,” he says.

The Islamic organisation is also geared to support Malawians socially.

“On social support, we thought we would be visiting the prisons and police cells to support them with legal representation whenever necessary as well as supporting with anything either food or soap among others. we shall also be campaigning on the streets for the homeless and providing support to such people,”

The CEO of A Giving Hand Foundation says the organization is making sure to improve health and nutrition of Malawians to completely fulfil its objectives.

“On health, we intend to do advocacy on the inclusiveness on how health facilities are being managed. We want the communities to be part of it,” he says.

“We are targeting Salima and Mangochi districts because they are most hit districts in as far as flooding is concerned, ”

“Lilongwe and Dedza districts are our targets because the rivers that are flooding in Salima comes from these two districts and these rivers are Lilongwe and Linthipe,” he says.

According to Kazembe , the organization will also be working with districts and town councils on waste management since this is also a challenge in almost all towns and districts in the country.

Currently , the organization is being funded by individual donors per activity.

The organization also distributed clothes to the disabled children at Dzaleka Refugee Camp in Dowa and note books in one of the schools in Dedza district among others.

According to Kazembe, the organization is ready to partner with any organization for the betterment of Malawians.

“We are ready to work with any organization interested in the areas we are focusing so that we can uplift the lives of ordinary Malawians,” he told Malawi Muslim Website.