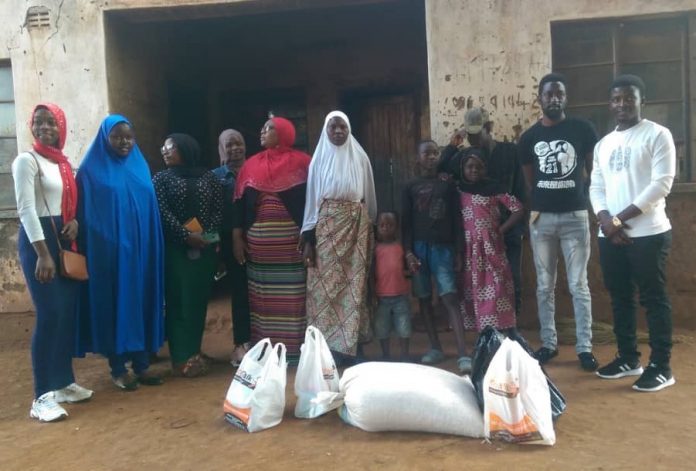 Malawi students pursuing Bachelor of Medicine and Bachelor of Surgery (MBchB) and Bachelor of Science in Nursing Sciences at Islamic University in Uganda(IUIU) -Habib Medical School based at Kampala Campus under their umbrella body called Malawi Medical Students Association have donated items to a Muslim widow in Malawi’s capital, Lilongwe.

The leader of the students Mustapha Issah has confirmed the development to Malawi Muslim Website.

Issah has identified the woman as Edina Ajusa who has seven children and three grand children. The students contributed money to fulfil the task.

“We donated one bag of 50 kilograms maize , sugar , soap ,salt and other groceries,” Issah says.

He told Malawi Muslim Website that the donations helped her because she is in need.

“Her husband was just looking after the place but Alhamdulillah before the husband died, he bought some land for the family,”

“So our plan is to find ways and well wishers to help us in any way they can either a bag of cement, bricks or any material which can be used to build this mother of ours her own home,” Issah told Malawi Muslim Website.