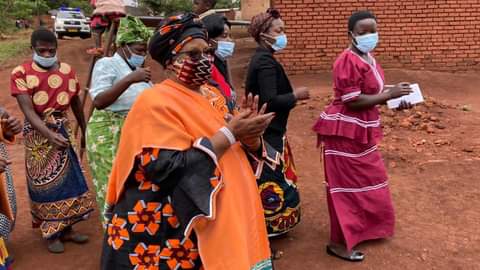 “Two days ago I was informed that I had won the ‘Reykjavik Global Forum Trailblazer Award 2020’.In my acceptance speech Award I said that I accepted this award on behalf of women and girls and all
Underprivileged people in Malawi that I have spent my entire adult life supporting as they looked for ways to better their lives,”

“This particular award is No.35 received since 1997 when I won the AFRICA Prize for Leadership for the Sustainable End of Hunger that I shared with President Chisanu of Mozambique. 75% of these were received out of the ten years I served as MP, Minister of Women and Children, Foreign Minister, VP and President. In addition to these awards I have received 3 honorary doctorates. Two of these after I left office in 2014,” Banda wrote in his official Facebook page.

The former president says he is looking at all these she have concluded that it must be God.

“When you have been totally obedient to God in all assignments He places before you, and you do them with all your might, honesty and integrity against all odds, he vindicates you, honors you and favors you in ways that are beyond your own comprehension,”

“It is for this reason that it is my wish to serve His people particularly those that need help for all the remaining days of my life,” she says.

She says today (yesterday) spent most of her day in Ntchisi (Thaveta and Chief Kalumos headquarters) at two of her 31 feeding and early child development centers where JOYCE BANDA FOUNDATION has been feeding children and the elderly since 2010.

“I am truly grateful to Mrs Kachapila who has worked hard and selflessly ensuring that JBF does this work for all that long. I am also truly grateful to our partners that help with the food for this initiative. The following are the photos of the work in Ntchisi,”

“The utensils that I donated at the centers were given to me as presents for Mothers Day by the Central Region PP Women’s Committee ,”Banda says.

The award was awarded to Dr. Joyce Banda by the Women Political Leaders (WPL) which is a worldwide network of female politicians .