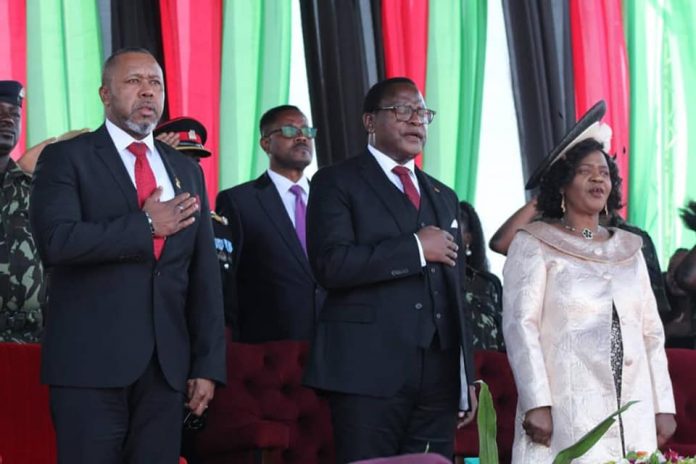 Malawi Muslim students in diaspora have requested the new Government to fulfill its promise of creating one million jobs in the one of the poorest countries in the world.

The students in Uganda at Islamic University in Uganda (IUIU) , Egypt at Cairo University (CU) and Sudan at International University of Africa (IUA) say they are optimistic that the Dr Lazarus Chakwera and Dr Saulos Chilima’s presidency will create more jobs to alleviate high unemployment among the youths.

“Many youths in the country have no jobs and the new Government has a big task to create jobs to reduce the unemployment rate,”

“Graduates from both local universities and abroad have high expectations with the new dawn. They are expecting the Government to create more jobs in the statutory corporations and create a conducive environment for foreign investors,” says Ahmad Banda, a Malawian student at Islamic University in Uganda.

Dr Chakwera and Dr Chilima sworn in as President and Vice President respectively on at 28th June, 2020 at Malawi Square in Malawi’s capital, Lilongwe.

Chakwera, 65, won 58.57 percent of the vote in Tuesday’s election , a dramatic reversal of the result of the original election on 21 May 2019, which was later overturned by the High Court sitting as a Constitutional Court.

The repeat vote was regarded by analysts as a test of the ability of African courts to tackle ballot fraud and restrain presidential power.

In his acceptance speech, Chakwera promised to be a servant leader.

“To stand before you as president today is an honour. It’s an honour that fills with unspeakable joy and immense gratitude,”