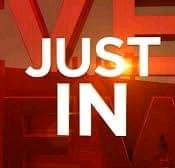 MAM Secretary General Alhaj Twaibu Lawe says preliminary information gathered on the arrest of Sheikh Mtiko and others indicates that it is connected to M’manga Hijaab fracas.

“The Police picked Sheikh Mtiko and others from their respective homes today Saturday , 14th December, 2019 at about 3:00 am,”

“It is understood that they have been taken to Zomba Police Station.” Said Lawe.

Anglican christians did not want Muslim girls to wear Hijaab at M’manga schools, a development that angered Muslims.